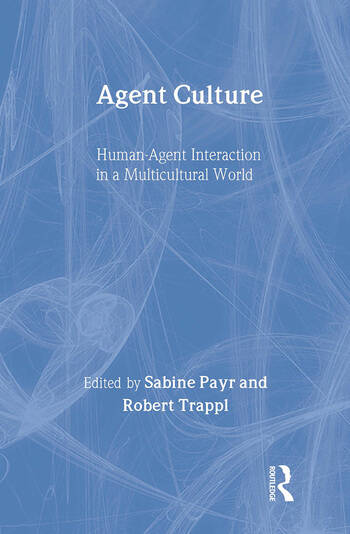 This volume began with a workshop of the Austrian Research Institute for Artificial Intelligence held in 2001. Concerned with embodied agents as cultural objects and subjects, the book is divided into three parts. It begins by drawing attention to the cultural embeddedness of technology in general and agent design in particular, as a reminder that there cannot be an agent without culture. The section concludes that agent systems not only can be used to establish a shared understanding, but can also promote the diversity of understanding and identity.

Part II consists of chapters dealing with design concepts and reflections on cross-cultural believability. It suggests how an agent's behavior may be adapted to the cultural context of application while maintaining consistency and describes an approach based on the OCC model--which is widely known and used in the embodied agents research community. Next, the section suggests that Affect Control Theory--an empirically-based, mathematically-elaborated perspective on microsociology--can be incorporated into agents in order to give them a capacity for normative role behaviors and emotional displays. Subsequent chapters pass on from more general considerations to the design and implementation of cross-cultural characters and present virtual character design from the perspective of the artist and the practitioner in stressing that corporate culture and audience culture(s) both guide the design choices, but the resulting culturally adapted agent is "handcrafted." It ends with a chapter that reports cross-cultural user studies made in the UK, Austria, and Croatia.