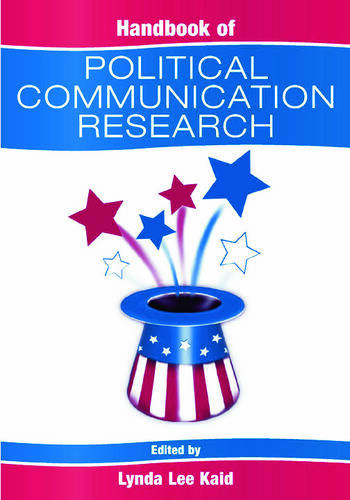 The Handbook demonstrates the broad scope of the political communication discipline and emphasizes theoretical overviews and research synthesis, with each chapter providing discussion of the major lines of research, theory, and findings for the area of concern. Chapters are organized into sections covering:

*The theoretical background, history, structure, and diversity of political communication;

*Messages predominant in the study of political communication, ranging from classical rhetorical modes to political advertising and debates;

*Public opinion and the audiences of political communication;

*European and Asian perspectives on political communication; and

"This benchmark volume defines the most important and significant thrust of contemporary research and theory in political communication."
—Abstracts of Public Administration, Development, and the Environment

"The Handbook of Political Communication Research draws researchers from political science, communication studies, rhetoric, marketing, journalism, and media studies.  Its ambitious and complete summary of lines of research from these disciplines makes it an essential reference for scholars in all related areas."
—Communication Research Trends