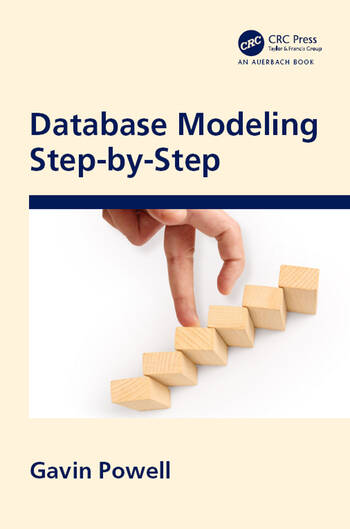 A brief chapter explains how to use the database programming language SQL (Structured Query Language), which reads from and writes to a relational database. SQL is fundamental to data modeling because it helps in understanding how the model is used. In addition to the relational model, the last three chapters cover important modern world topics including denormalization that leads into data warehouses and BigData database modeling. The book explains how there is not much to logical data modeling in BigData databases because as they are often schema-less, which means that BigData databases do not have schemas embedded into the database itself, they have no metadata and thus not much of a logical data model.

Online bonus chapters include a case study that covers relational data modeling and are available at the author’s web site: www.oracletroubleshooter.com/datamodeling.html

Chapter 2 The Pieces of the Relational Data Model

Gavin Powell is a veteran IT practitioner and author of a number of publications on Oracle technologies. He has extensive experience in many databases, including more than a decade working with Oracle databases.

Powell has authored the following books: