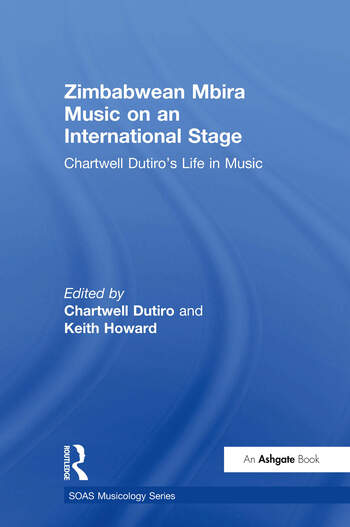 Chartwell Dutiro, an mbira player since childhood and a former member of the band, Thomas Mapfumo and the Blacks Unlimited, arrived in Britain in 1994 and has lived there ever since. He works primarily with Zimbabwean and British musicians, and, while allying himself and his music to his Shona ancestors, his music represents both tradition and its transformation. Many mbira players in Europe and America now regard him as their teacher and mentor. He has built an international following during a decade spent performing at WOMAD and the United Nations, working for refugee projects and in a vast array of education and community projects. He also performed at Live8 in 2005. This volume is a collaborative venture between musicians and academics, which builds an account of the mbira, the most important of Zimbabwe's traditional instruments. It celebrates Dutiro's musicianship, exploring his musical development and the collaborations he has been involved with, while at the same time discovering his personal, political and religious perspectives.

Chartwell Dutiro is an internationally renowned mbira musician from Zimbabwe who now lives in Britain. Keith Howard is Reader in Music and Head of the Department of Music at SOAS, University of London, UK.

’Besides serving as a good introduction to and description of mbira music, the book discusses how mbira music is changing due to the musicians who have been influenced by international music forms and training.’ Journal of Folklore Research