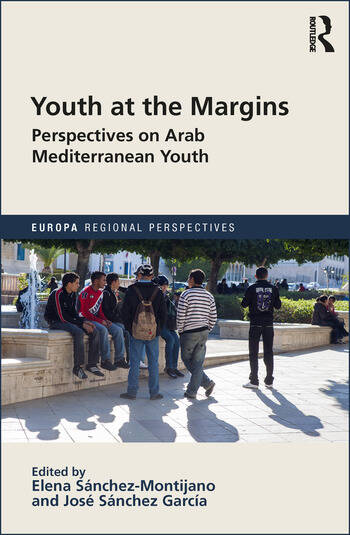 Youth at the Margins: Perspectives on Arab Mediterranean Youth

The 2011 Arab uprisings led to a great proliferation of studies on the situations in the Arab countries of the Mediterranean, with particular attention given to their young people, whose role was particularly central. Eight years on, in-depth exploration is still needed of the conditions in which millions of (mainly young) people demanded change. In this context, this volume examines the state and diversity of the forms of socioeconomic, political and cultural marginalization facing the region's young men and women, as well as the strategies and routes of contestation by which they escape them. Through the interdisciplinary empiricism of this book, based on the results emerging from the SAHWA Project (funded by the European Commission under the Seventh Framework Programme, grant agreement nº 613174), we aspire to build a complex description and analysis of the current situation of the Arab Mediterranean youth.

The aim is to fathom out young people’s patterns, agency and living conditions, focusing on the relational character of the juvenile worlds actively constructed by themselves. The authors explore the main trends that are reflected in the social strategies, cultural constructions and changes within the Arab youth population, and whether the creation of new lifestyles and the emergence of youth cultures are an indicator of sociopolitical transitions. To answer all these questions the researchers have conducted a comprehensive study in five Arab Mediterranean countries: Algeria, Egypt, Lebanon, Morocco and Tunisia. Based on mixed method research the data collection is composed of two primary sources: the SAHWA Youth Survey 2016 (2017), in which 10,000 young people were interviewed; and the SAHWA Ethnographic Fieldwork 2015, involving more than 200 young people.

PART I To be young in Morocco, Tunisia, Algeria, Egypt and Lebanon: case studies

1 Is becoming an entrepreneur the way out for young Moroccans? Caroline Minialai, Lisa Bosenbroeck and Driss Ksikes

5 “Born to be exported”?: The post-civil war Lebanese youth(s) and the rupture between education and employment Rima Majed

7 “Getting out from the shell of fear”?: Forms of youth political engagement and the impact of social inequalities in the MENA countries Siyka Kovacheva, Stanimir Kabaivanov and Boris Popivanov

11 The Euro-Med Youth Programme and young people in the Arab Mediterranean countries: A reality check Asuman Göksel and Özgehan Şenyuva

Elena Sánchez-Montijano is Senior Research Fellow at CIDOB (Barcelona Centre for International Affairs) in the area of migration, and adjunct professor at the Political Science Department of Barcelona University.

Youth at the Margins: Perspectives on Arab Mediterranean Youth