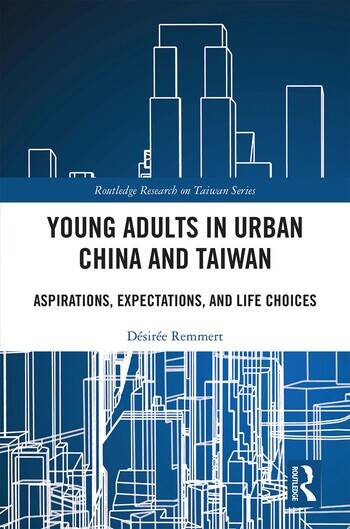 This book compares aspirations and life choices among educated young adults in urban China and Taiwan. As two places that share a cultural heritage but very different political and economic systems, it assesses how the socio-economic and political trajectories of China and Taiwan have influenced young people's decision-making and the strategies they apply to realize their goals.

Drawing upon ethnographic research, this book analyzes young adults’ choices in the areas of education, career and marriage, considering their individual social backgrounds and economic resources. In this context, it also discusses how feelings of hope, doubt and disenchantment are mitigated by the specific societal atmospheres and ideological discourses. Whereas stable employment and marriage appeared to be universal goals, this book demonstrates how young adults in Beijing had more autonomy in decision-making concerning individual life choices than those in Taipei. Among other things, China's demographic controls and urban migration policies appear to increase the independence of young people from their parents. Further, the prevalence of boarding school education in China compared to Taiwan provides an opportunity for earlier autonomy for young people in China.

Taking a comparative approach, Young Adults in Urban China and Taiwan will be a valuable resource to students and scholars of Chinese Studies and Taiwan Studies, as well as social and cultural anthropology and youth culture.

1. Growing Up under Different Regimes - Childhood Memories of Mothers and their Children

2. Educational Choices and the Fostering of Independence

3. Working towards the Future - Professional Aspirations

4. Courtship and Marriage in Beijing and Taipei

Désirée Remmert obtained her PhD in Anthropology from the London School of Economics and Political Science (LSE), UK. Afterwards she conducted postdoctoral research at the University of Tübingen in Germany, Academia Sinica in Taiwan and at the LSE, UK.