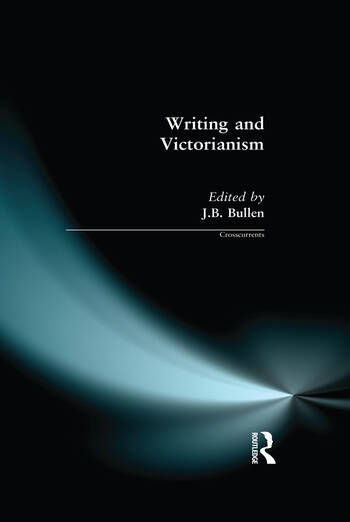 Writing and Victorianism asks the fundamental question 'what is Victorianism?' and offers a number of answers taken from methods and approaches which have been developed over the last ten years. This collection of essays, written by both new and established scholars from Britain and the U.S.A, develops many of the themes of nineteenth-century studies which have lately come to the fore, touching upon issues such as drugs, class, power and gender. Some essays reflect the interaction of word and image in the nineteenth-century, and the notion of the city as spectacle; others look at Victorian science finding a connection between writing and the growth of psychology and psychiatry on the one hand and with the power of scientific materialism on the other.

As well as key figures such as Dickens, Tennyson and Wilde, a host of new names are introduced including working-class writers attempting to define themselves and writers in the Periodical press who, once anonymous, exercised a great influence over Victorian politics, taste, and social ideals. From these observations there emerges a need for self-definition in Victorian writing. History, ancestry, and the past all play their part in figuring the present in the nineteenth-century, and many of these studies foreground the problem of literary, social, and psychological identity.

J. B. Bullen is Professor Emeritus at the University of Reading, UK.