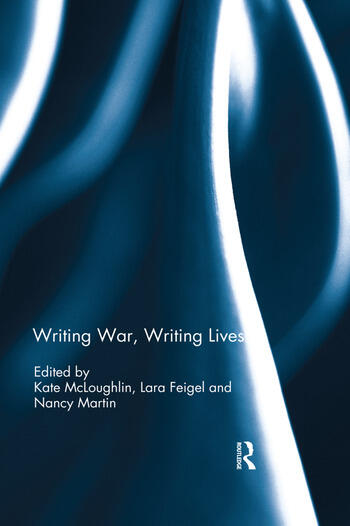 War affects life writing and lives affect war writing. The traditional forms of life writing – memoir, biography, letters, diaries – buckle under the strain of war. War writing has fewer traditional forms but exists at a similar extreme. The eight chapters in this book, written by leading and up-and-coming scholars in the field, illuminate the creative innovations, improvisations, and implosions which happen when the demands of writing war and writing lives collide. Central to all is the question of authenticity: how can wars and lives be known and who can speak of them with authority? This volume has a generous chronological and generic range, beginning in the early 1800s and stretching to twenty-first-century texts, and covering letters, diaries, fiction, ‘fakeries’, poetry, biography, testimony, songs, objects, and digital media. The mix of authors is similarly varied: Thomas Hardy, W. H. Auden and Elizabeth Bowen rub shoulders with Yousif M. Qasmiyeh (a contemporary Palestinian poet), Farah Baker (a Gazan teenager) and the writers behind the pen names Araki Yasusada and Jiri Kajanë. This book was originally published as a special issue of Textual Practice.

1. Missing letters: reading the interstices in archival correspondence from the Napoleonic Wars and in Thomas Hardy’s The Trumpet-Major Kate McLoughlin

2. ‘And all because it is war!’: First World War diaries, authenticity and combatant identity Nancy Martin

4. ‘The only diary I have kept’: visionary witnessing in the second world war short story Lara Feigel

7. ‘Paper is patient’: tweets from the ‘#AnneFrank of Palestine’ Hope Wolf

Kate McLoughlin is an Associate Professor of English Literature at the University of Oxford, UK.

is a Senior Lecturer in English Literature at King’s College, London, UK.

is a doctoral student in English Literature at the University of Oxford, UK.