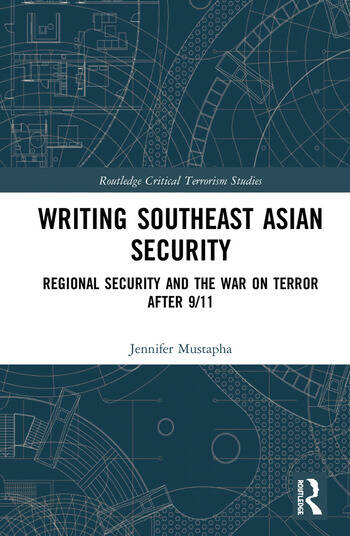 Writing Southeast Asian Security: Regional Security and the War on Terror after 9/11

This book is a critical analysis of how the discursive and material practices of the "War on Terror" influenced security politics in Southeast Asia after 9/11.

It explores how the US-led War on Terror, operating both as a set of material practices and as a larger discursive framework for security, influenced the security of both state and non-state actors in Southeast Asia after 9/11. Building on the author’s own critical security studies approach, which demands a historically and geographically contingent method of empirically grounded critique, Writing Southeast Asian Security examines some of the unexpected effects that the discourses and practices of the War on Terror have had on the production of insecurity in the region. The cases presented here demonstrate that forms of insecurity were constructed and/or abetted by the War on Terror itself, and often occurred in concert with the practices of traditional state-centric security. This work thus contributes to a larger critical project of revealing the violence intrinsic to the pursuit of security by states, but also demonstrates pragmatic opportunities for a functioning politics of theorizing security.

This book will be of much interest to students of critical terrorism studies, critical security studies, East Asian, and Southeast Asian politics, US foreign policy, and IR in general.

2. The Politics and Ethics of Critical Approaches to Security

3. In Search of Monsters: US Foreign Policy in East and Southeast Asia

4. Here be Monsters! "Experts" and the Mapping of Terror

5. Irruptions of the War on Terror in Southeast Asia: Gender, Sovereignty, and Constructions of Insecurity

7. Beyond the Bush Doctrine: New Narratives and New Questions

Writing Southeast Asian Security: Regional Security and the War on Terror after 9/11