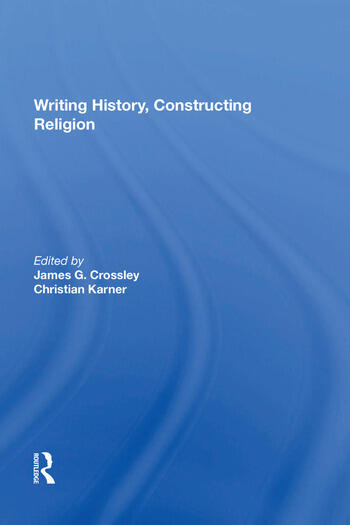 Writing History, Constructing Religion presents a much-needed interdisciplinary exploration of the significance of debates among historians, scholars of religion and cultural theorists over the 'nature' of history to the study of religion. The distinguished authors discuss issues related to definitions of history, postmodernism, critical theory, and the impact on the study and analysis of religious traditions; exploring the application of writing 'history from below', discussions of 'truth' and 'objectivity' as opposed to power and ideology, crises of representation, and the place of theory in the 'historicized' study of religion(s). Addressing conceptual debates in a wide range of historical and empirical contexts, the authors critically engage with issues including religious nationalism, Nazism, Islam and the West, secularism, religion in post-Communist Russia, ethnicity and post modernity. This book constitutes a significant step towards the self-reflexive and interdisciplinary study of religions in history.