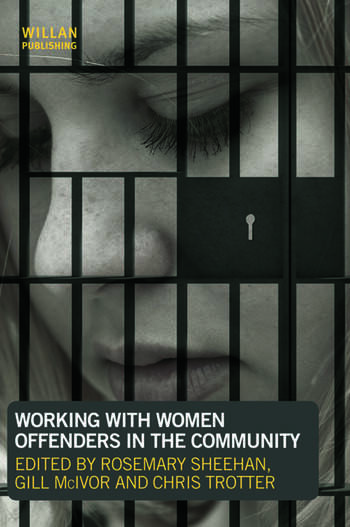 Working with Women Offenders in the Community

Though many more women offenders are supervised in the community than in custody, much less is known about their needs and effective approaches to their supervision, support and treatment. Whilst there has been recent attention paid to responding to the needs of women in prison, negligible attention has been paid to women exiting prison, or on community based orders, and what is needed to work with them to reduce re-offending or entry into prison.

Contributions to this book challenge policy-makers and corrections systems to concentrate more on community provision for women offenders and resist popular calls for more punitive responses to all offenders, women included. Contributors come from a wide range of countries including Australia, Canada, UK and USA. They argue that the criminogenic lens applied to women’s offending must be gender-responsive if systems are to be successful at addressing the disadvantage and risk associated with offending behaviour.

Working With Women Offenders in the Community builds on ideas presented in the editors’ previous book, What Works With Women Offenders (2007), extending the focus particularly on women offenders in the community rather than in prison. This book concentrates on women who have committed criminal offences and who may have been placed on probation or other community based court orders or who have been released from prison on parole. It discusses the work done by professional workers including probation officers, community corrections officers and specialist case managers in areas such as drug treatment, housing, mental health or employment programmes.

This book will be of interest to professional probation officers, case managers, drug treatment workers and others who work with women offenders. It will also be essential reading for students of criminology, social work, psychology, sociology and other disciplines who have an interest in women offenders.

Working with Women Offenders in the Community