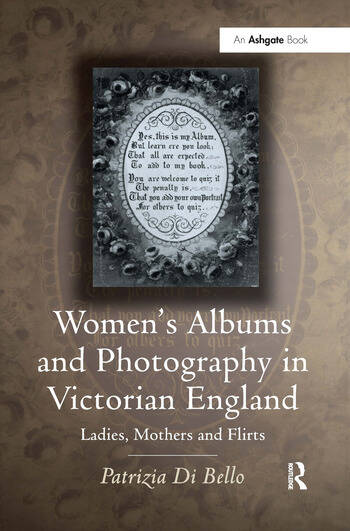 This beautifully illustrated study recaptures the rich history of women photographers and image collectors in nineteenth-century England. Situating the practice of collecting, exchanging and displaying photographs and other images in the context of feminine sociability, Patrizia Di Bello shows that albums express Victorian women's experience of modernity. The albums of individual women, and the broader feminine culture of collecting and displaying imagesare examined, uncovering the cross-references and fertilizations between women's albums and illustrated periodicals, and demonstrating the way albums and photography, itself, were represented in women's magazines, fashion plates, and popular novels. Bringing a sophisticated eye to overlooked images such as the family photograph, Di Bello not only illustrates their significance as historical documents but elucidates the visual rhetorics at play. In doing so, she identifies the connections between Victorian album-making and the work of modern-day amateurs and artists who use digital techniques to compile and decorate albums with Victorian-style borders and patterns. At a time when photographic album-making is being re-vitalised by digital technologies, this book rewrites the history of photographic albums, placing the female collector at its centre and offering an alternative history of photography focused on its uses rather than on its aesthetic or artistic considerations. It is remarkable in elegantly connecting the history of photography with the fields of material culture and women's studies.

Patrizia Di Bello is lecturer in the history and theory of photography at Birkbeck College, University of London, UK.

'Patrizia Di Bello's Women's Albums and Photography in Victorian England examines a fascinating aspect of photographic practice, the production by women of elaborated albums full of creative invention and wit. These albums provide a window both into the real lives of these women, often confined to the domestic realm and to finely nuanced codes of etiquette, and into their fantasies and imaginations, which frequently disputed or transcended these same codes and realms. Strongly grounded in the social history of Victorian England, Di Bello's account also manages to conjure the visual wonder of these albums, providing them, at last, with the cultural and historical significance they deserve.' Geoffrey Batchen, City University of New York, USA

’In her new book on Women's Albums and Photography in Victorian England, Patrizia di Bello engages in a fascinating discussion of photographs and photographic albums, in which the latter are no longer relegated to a position of mere archival interest, but gain the status of artworks. ... It is a tour de force in art theory granting the study a complexity and breadth which justify its appeal as a work of scholarly interest.’ Art History