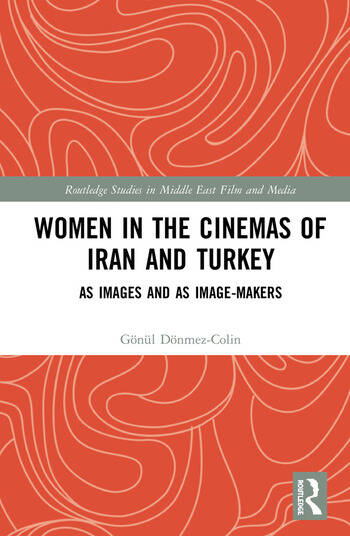 Women in the Cinemas of Iran and Turkey: As Images and as Image-Makers

This volume compares the cinemas of Iran and Turkey in terms of the presence and absence of women on both sides of the camera. From a critical point of view, it provides detailed readings of works by both male and female film-makers, emphasizing issues facing women's film-making.

Presenting an overview of the modern histories of the two neighbouring countries, the study traces certain similarities and contrasts, particularly in the reception, adaption and representation of Western modernity and cinema. This is followed by the exploration of the images of women on screen with attention to minority women, investigating post-traumatic cinema's approaches to women (Islamic Revolution of 1979 in Iran and the 1980 coup d’état in Turkey) and women's interpretations of post-traumatic experiences. Furthermore, the representations of sexualities and LGBTI identities within cultural, traditional and state-imposed restrictions are also discussed. Investigating border-crossing in physical and metaphorical terms, the research explores the hybridities in the artistic expressions of 'deterritorialized' film-makers negotiating loyalties to both vatan (motherland) and the adopted country.

This comprehensive analysis of the cinemas of Iran and Turkey, based on extensive research, fieldwork, interviews and viewing of countless films is a key resource for students and scholars interested in film, gender and cultural studies and the Middle East.

2. Women on the Thorny Trail of Image-Making

Gönül Dönmez-Colin is a film scholar specializing in the cinemas of the Middle East and Central Asia. She is the author of The Routledge Dictionary of Turkish Cinema, Turkish Cinema: Identity, Distance and Belonging, Cinemas of the Other: A Personal Journey with Filmmakers from the Middle East and Central Asia, Women, Islam and Cinema amongst other works.

"In this intelligent analysis of Turkish and Iranian cinemas the author highlights the role of women both as objects and as creative forces. She provides a close reading of the genre and raises a series of intriguing questions and observations. The book is a noteworthy achievement as well as a stimulating read. Anyone interested in Middle Eastern culture and society will find Dönmez-Colin’s ideas on the topic rewarding." - Oliver Leaman, University of Kentucky, USA

"A book to wander within as one would within a miniature painting, to circle around, to reflect upon, to celebrate, to question our notions of the image in this age of net-series -a book of revelations by one of the most insightful & compassionate writers on cinema I know: Gönül Dönmez-Colin" - Anup Singh, Film-maker

"A comprehensive study of the presence and absence of women, this timely, informative, and well-researched work offers insights into the construction, evolution, and transformation of images of women on screen, as well as their cultural meanings and sociopolitical significance, discussing in depth a wide range of issues related to women and gender identity and the role of the women filmmakers who have offered new perspectives on them. With its wide historical and critical scope, an invaluable and essential source for readers interested in the representation of women and gender identity in the cinemas of Iran and Turkey. " - Mehrnaz Saeed-Vafa, Coauthor, Abbas Kiarostami

Women in the Cinemas of Iran and Turkey: As Images and as Image-Makers