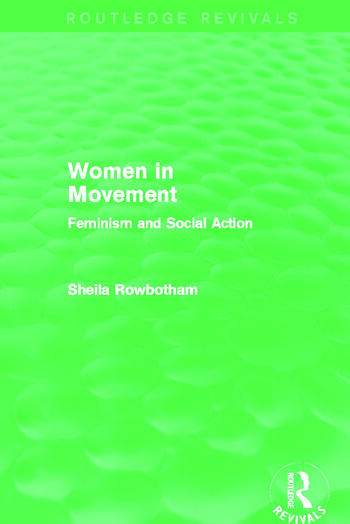 First published in 1992, this book is an historical introduction to a wide range of women’s movements from the late eighteenth-century to the date of its publication. It describes economic, social and political ideas which have inspired women to organize, not only in Europe and North America, but also in the Third World.

Sheila Rowbotham outlines a long history of women’s challenges to the gender bias in political and economical concepts. She shows women laying claim to rights and citizenship, while contesting male definitions of their scope, and seeking to enlarge the meaning of economy through action around consumption and production, environmental protests and welfare projects.