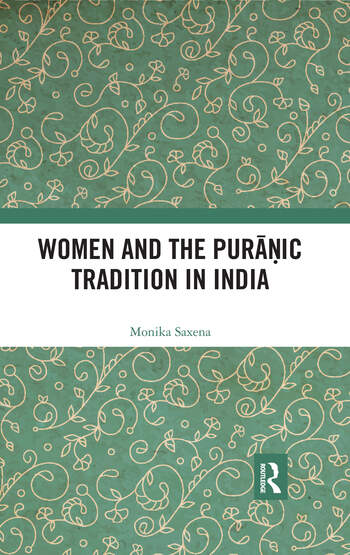 Women and the Puranic Tradition in India

This book analyses the diverse ways in which women have been represented in the Purāṇic traditions in ancient India – the virtuous wife, mother, daughter, widow, and prostitute – against the socio-religious milieu around CE 300–1000.

Purāṇas (lit. ancient narratives) are brahmanical texts that largely fall under the category of socio-religious literature which were more broad-based and inclusive, unlike the Smṛtis, which were accessible mainly to the upper sections of society. In locating, identifying, and commenting on the multiplicity of the images and depictions of women’s roles in Purāṇic traditions, the author highlights their lives and experiences over time, both within and outside the traditional confines of the domestic sphere.

With a focus on five Mahāpurāṇas that deal extensively with the social matrix Viṣṇu, Mārkaṇḍeya Matsya, Agni, and Bhāgavata Purāṇas, the book explores the question of gender and agency in early India and shows how such identities were recast, invented, shaped, constructed, replicated, stereotyped, and sometimes reversed through narratives. Further, it traces social consequences and contemporary relevance of such representations in marriage, adultery, ritual, devotion, worship, fasts, and pilgrimage.

This volume will be of interest to researchers and scholars in women and gender studies, ancient Indian history, religion, sociology, literature, and South Asian studies, as also the informed general reader.

Monika Saxena is an associate professor of history at the University of Delhi, India. She has been associated with undergraduate and postgraduate teaching at the university. Her research focuses on the roles and representations of women in early India. Some of her important works are "Ga?ikas in Early India: A Socio-Economic Perspective" and "Temple Girls in Early Medieval North India: A Study in Gender Relations." She has contributed in journals and has participated in conferences and workshops. 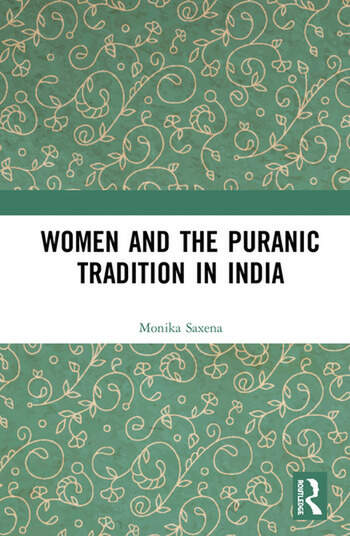 Women and the Puranic Tradition in India