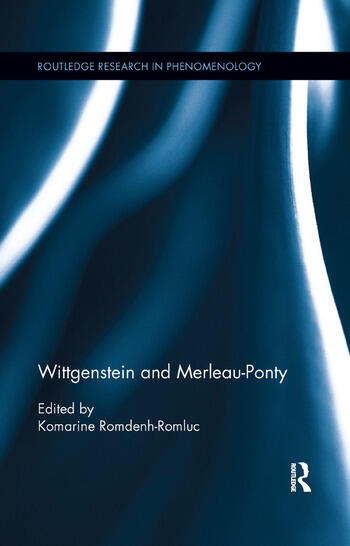 Maurice Merleau-Ponty and Ludwig Wittgenstein are two of the most important philosophers of the twentieth century, yet their work is generally regarded as standing in contrast to one another. However, as this outstanding collection demonstrates they both reject a Cartesian picture of the mind and sought to offer an alternative that does justice to the role played by bodily action, language, and our membership within a community that shares a way of life.

This is the first collection to compare and contrast the work of these two major philosophers. Fundamental topics and problems discussed include the role of community in their philosophies; Merleau-Ponty on description and depiction and Wittgenstein on saying and doing; the role of language; their treatment of expression; their relation to the philosophy of the Vienna Circle; solipsism; and rule-following.

It is essential reading for anyone studying the work of Wittgenstein and Merleau-Ponty, as well as those interested in phenomenology, philosophy of mind, and philosophy of language.

1. Wittgenstein and Merleau-Ponty on Gestalt Psychology

3. Merleau-Ponty and Wittgenstein on Mindreading: Explosing the Myth of the Given Mind

4. Community without Conservatism: Wittgenstein and Merleau-Ponty on the Sociality of Subjectivity

6. Painting and the Promiscuity of Vision

7. The Recovery of Indeterminacy in Merleau-Ponty and Wittgenstein

8. Wittgenstein and Merleau-Ponty on Knowledge and Certainty

Komarine Romdenh-Romluc is Senior Lecturer in Philosophy at the University of Sheffield, UK.  She is author of The Routledge Philosophy Guidebook to Merleau-Ponty and Phenomenology of Perception (2010).