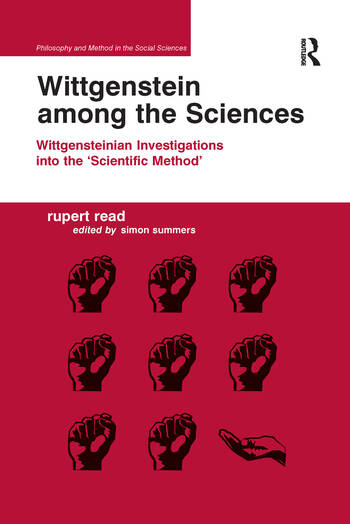 Wittgenstein among the Sciences: Wittgensteinian Investigations into the 'Scientific Method'

Engaging with the question of the extent to which the so-called human, economic or social sciences are actually sciences, this book moves away from the search for a criterion or definition that will allow us to sharply distinguish the scientific from the non-scientific. Instead, the book favours the pursuit of clarity with regard to the various enterprises undertaken by human beings, with a view to dissolving the felt need for such a demarcation. In other words, Read pursues a 'therapeutic' approach to the issue of the status and nature of these subjects. Discussing the work of Kuhn, Winch and Wittgenstein in relation to fundamental question of methodology, 'Wittgenstein among the Sciences' undertakes an examination of the nature of (natural) science itself, in the light of which a series of successive cases of putatively scientific disciplines are analysed. A novel and significant contribution to social science methodology and the philosophy of science and 'the human sciences', this book will be of interest to social scientists and philosophers, as well as to psychiatrists, economists and cognitive scientists.

'Read challenges the reader to consider what science is. He offers an insightful account of Kuhn, successfully calling the traditional conception of Kuhn as a relativist and an idealist into question. Read's book displays great interpretative skill, showing that Kuhn was a philosophically sophisticated and self-aware writer. This highly original book will prove to be an eye-opener for many.' Jouni-Matti Kuukkanen, Leiden University, The Netherlands 'Read takes the account of Kuhn's account of science developed in the first part of the book and then applies that to a set of issues in the "human sciences" pioneered by philosophers like Schutz and Winch. Read's thinking on economics, psychology and more is distinctive, challenging and worthy of note. He incites the rethinking of both the tradition on which he draws and the issues that he uses it to address.' Wes Sharrock, University of Manchester, UK

Wittgenstein among the Sciences: Wittgensteinian Investigations into the 'Scientific Method'