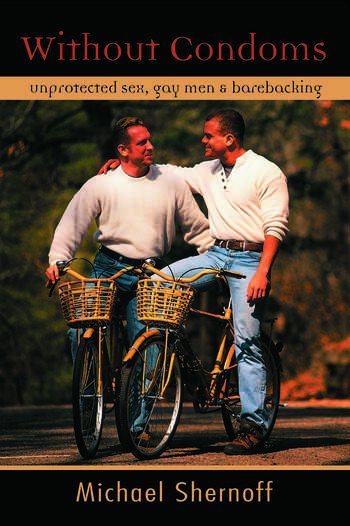 After years of activism, risk awareness, and AIDS prevention, increasing numbers of gay men are not using condoms, and new infections of HIV are on the rise. Using case studies and exhaustive survey research, this timely, groundbreaking book allows men who have unprotected sex, a practice now known as "barebacking," to speak for themselves on their willingness to risk it all.

Without Condoms takes a balanced look at the profound needs that are met by this seemingly reckless behavior, while at the same time exposing the role that both the Internet and club drugs like crystal methamphetamine play in facilitating high-risk sexual encounters. The result is a compassionate, sophisticated and nuanced insight into what for many people is one of the most perplexing aspects of today's gay male culture and life style. Michael Shernoff digs deep and forces us to see that the AIDS epidemic is not over. We must now ask the hard questions and listen to the voices that answer. The stakes are too high to ignore.

Michael Shernoff is a Manhattan psychotherapist in private practice, and is on faculty at Columbia University School of Social Work. For seven years he was the online mental health expert for TheBody.com, the largest HIV/AIDS web site in the world. In the 1980s he coauthored the pioneering AIDS prevention workshop Eroticizing Safer Sex. He has written extensively on mental health issues of gay men and HIV/AIDS, and is a frequent lecturer and presenter at conferences worldwide.

'With true compassion and broadness of vision, Michael Shernoff has faced head-on the complex and provocative topic of unprotected gay sex and its possible physiological, psychological, and public health consequences. Utilizing many voices - the voice of a therapist, of an activist, and of a gay man living with HIV - Without Condoms reaches a wide audience with its sex-positive stance and enduring humanity. This is a necessary resource for health professionals, those studying sexuality, gay and lesbian studies, and for all gay men interested in this urgent and timely topic.' - Eli Coleman, Ph.D., Professor and Director, Program in Human Sexuality, University of Minnesota Medical School, USA

'For the last quarter century, the AIDS epidemic has forced upon gay men a horrible entanglement of sex, love, intimacy and death. Our response to this situation has too often offered rationalistic, sometimes angry, largely useless behavioral prescriptions that uncannily ignore the complexity of human emotional life. Michael Shernoff has managed to step well outside such rote response and return the subject to the complex, sensitive analysis it desperately requires. He does this with insight and devotion and has thus written a book that we all badly need. I am grateful.' - Walt Odets, clinical psychologist and author of In the Shadow of the Epidemic: Being HIV-Negative in the Age of AIDS

'Michael Shernoff's book provides much needed insight and comprehensive discussion of the most provocative and difficult aspects of sexual behavior and HIV. Shernoff's writing is clear, direct, and unforgiving in its brutal honesty about sexual identity, behavior, and culture: how little we understand and yet how quick we are to judge. Any clinician working with people infected or at risk for HIV should make this required reading.' - Marshall Forstein, M.D., Associate Professor of Psychiatry, Harvard Medical School

"Barebacking is a topic that exictes a good deal of speculation, accusations, and urban myth making. [This book] sorts through the thickets of research evidence, community rumor, and historical evidence about barebacking in a careful, considered way. It avoids prescribing a quick fix for this potentially problematic behavior but rather wrestles with the myriad dynamics underlying it that can heighten risk for both the self and partners. A valuable overview of the relevent issues concerning the minority of gay men who are having frequent unprotected anal sex. This colume should prove useful for a range of readers, from therapists and researchers to anyone interested in gaining a better understanding of risk management at this point in the AIDS epidemic." ---Barry D. Adam, Sexuality Research & Social Policy, Journal of NSRC, December 2006