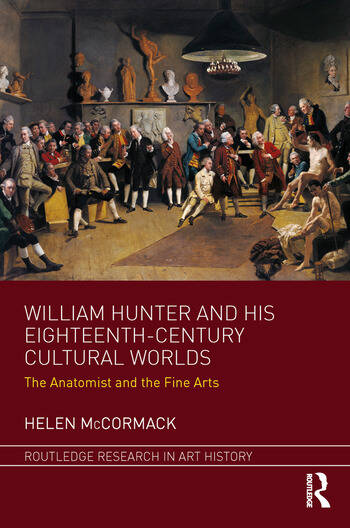 William Hunter and his Eighteenth-Century Cultural Worlds: The Anatomist and the Fine Arts

The eminent physician and anatomist Dr William Hunter (1718-1783) made an important and significant contribution to the history of collecting and the promotion of the fine arts in Britain in the eighteenth century. Born at the family home in East Calderwood, he matriculated at the University of Glasgow in 1731 and was greatly influenced by some of the most important philosophers of the Scottish Enlightenment, including Francis Hutcheson (1694-1746). He quickly abandoned his studies in theology for Medicine and, in 1740, left Scotland for London where he steadily acquired a reputation as an energetic and astute practitioner; he combined his working life as an anatomist successfully with a wide range of interests in natural history, including mineralogy, conchology, botany and ornithology; and in antiquities, books, medals and artefacts; in the fine arts, he worked with artists and dealers and came to own a number of beautiful oil paintings and volumes of extremely fine prints. He built an impressive school of anatomy and a museum which housed these substantial and important collections. William Hunter’s life and work is the subject of this book, a cultural-anthropological account of his influence and legacy as an anatomist, physician, collector, teacher and demonstrator. Combining Hunter’s lectures to students of anatomy with his teaching at the St Martin’s Lane Academy, his patronage of artists, such as Robert Edge Pine, George Stubbs and Johan Zoffany, and his associations with artists at the Royal Academy of Arts, the book positions Hunter at the very centre of artistic, scientific and cultural life in London during the period, presenting a sustained and critical account of the relationship between anatomy and artists over the course of the long eighteenth century.

Chapter One: Forming the Museum: Context and Chronology

Chapter Three: Patronage and Patriots: Hunter and a National School of Artists

Chapter Five: Pursuing the Imitation of Nature in and beyond the Royal Academy of Arts

Helen McCormack is a Lecturer in Art, Design, History and Theory at Glasgow School of Art. She studied Art History at Birkbeck College, University of London, and the History of Design and Material Culture at the Victoria and Albert Museum and Royal College of Art, London. She was the David Carritt Scholar in the History of Art at the University of Glasgow where she completed her PhD on the subject of William Hunter as a collector of the fine arts.

William Hunter and his Eighteenth-Century Cultural Worlds: The Anatomist and the Fine Arts