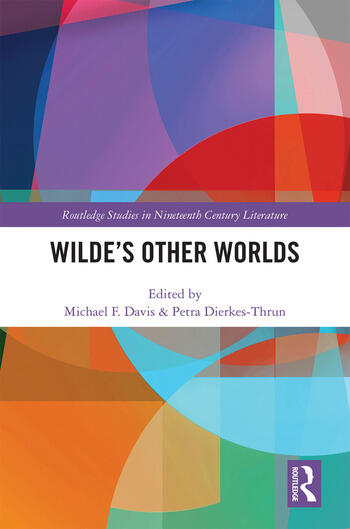 Taking its cue from Baudelaire’s important essay "The Painter of Modern Life," in which Baudelaire imagines the modern artist as a "man of the world," this collection of essays presents Oscar Wilde as a "man of the world" who eschewed provincial concerns, cultural conventions, and narrow national interests in favor of the wider world and other worlds—both real and imaginary, geographical and historical, physical and intellectual—which provided alternative sites for exploration and experience, often including alternative gender expression or sexual alterity. Wilde had an unlimited curiosity and a cosmopolitan spirit of inquiry that traveled widely across borders, ranging freely over space and time.  He entered easily and wholly into other countries, other cultures, other national literatures, other periods, other mythologies, other religions, other disciplines, and other modes of representation, and was able to fully inhabit and navigate them, quickly apprehending the conventions by which they operate.

The fourteen essays in this volume offer fresh critical-theoretical and historical perspectives not just on key connections and aspects of Wilde’s oeuvre itself, but on the development of Wilde’s remarkable worldliness in dialogue with many other worlds: contemporary developments in art, science and culture, as well as with other national literatures and cultures.  Perhaps as a direct result of this cosmopolitan spirit, Wilde and Wilde’s works have been taken up across the globe, as the essays on Wilde’s reception in India, Japan and Hollywood illustrate. Many of the essays gathered here are based on groundbreaking archival research, including some never-seen-before illustrations. Together, they have the potential to open up important new comparative, transnational, and historical perspectives on Wilde that can shape and sharpen our future understanding of his work and impact.

Michael F. Davis is Associate Professor and Associate Chair of English at Le Moyne College in Syracuse, NY. He works in late-nineteenth and early-twentieth century literature and theory with particular research interests in narratology, art and aesthetics, psychoanalysis, and sexuality. He has published essays on Walter Pater, Rainer Maria Rilke, Virginia Woolf, and James Joyce, as well as an essay on Robert Mapplethorpe and late-twentieth-century American political discourse. He is currently completing a book on Walter Pater, "Walter Pater’s Latent Intelligence and the Conception of Queer Theory," and a book on Virginia Woolf, "Virginia Woolf’s Working Out: the Art of the Novel and the Law of the Father."

Petra Dierkes-Thrun (Ph.D. in English and Cultural and Critical Studies, University of Pittsburgh, 2003) is Lecturer in Comparative Literature and Assistant Vice Provost at Stanford University, where she teaches 19th- and early 20th-century British and Western European literature and culture, as well as feminist, gender and sexuality studies. Publications include Salome’s Modernity: Oscar Wilde and the Aesthetics of Transgression (University of Michigan Press, 2011) as well as articles on Oscar Wilde, Henrik Ibsen, George Bernard Shaw, Arthur Symons, Stéphane Mallarmé, Richard Strauss, Victoria Cross, Rachilde, Fin-de-siècle realism, and New Woman literature. She an editorial board member of Volupté: Interdisciplinary Journal of Decadence and was one of the founding editors of The Latchkey: Journal of New Woman Studies. Dierkes-Thrun is currently researching a new book project on Wilde and Rachilde in Paris.