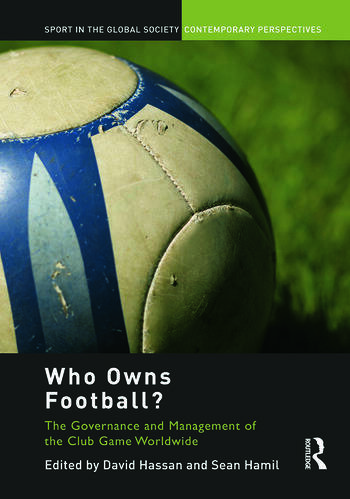 Who Owns Football?: Models of Football Governance and Management in International Sport

The commercialization of sport since the 1990s has had a number of consequences. The market forces that have defined commercialization, notably pay-per-view television, whilst initially welcomed as important new sources of revenue, have also had the unanticipated consequences of de-stabilizing many sporting competitions and institutions, undermining the financial future of clubs in their traditional role as key social and cultural institutions. This has been manifested in the paradox of chronic financial loss-making amongst professional sports’ clubs in an era of exponential revenue growth, a trend exemplified by the experience of Italy’s Series A and the English Premier League – both cases examined in detail in this book.

But, at the same time, some traditional sporting organizations have sought with some success, to chart a middle way, retaining traditional sporting movement objectives whilst also embracing a form of commercialism. The Gaelic Athletic Association in Ireland, the supporter-owned FC Barcelona football club, and New Zealand rugby union, offer illustrative examples of such strategies examined in detail. This book explores the background to this clash of commercial and traditional sporting objectives, and debates the consequences for wider sports governance.

This book was published as a special issue of Soccer and Society.

David Hassan is a Senior Lecturer at the University of Ulster. He is Academic Editor of Sport in Society and joint Editor of Foundations in Sport Management, a new Routledge series. Dr. Hassan has published extensively in the politics and governance of sport in a range of international academic journals.

Sean Hamil is a Lecturer in the Department of Management at Birkbeck College, University of London. A co-founder of Birkbeck College’s Sport Business Centre, Sean has published extensively on the subject of governance in the football industry, and in particular on the role of mutual ownership models at football clubs.

Who Owns Football?: Models of Football Governance and Management in International Sport