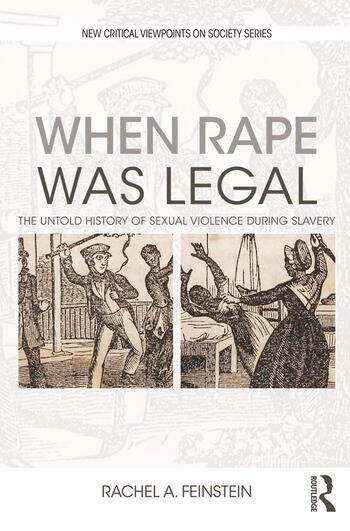 When Rape was Legal: The Untold History of Sexual Violence during Slavery

Chapter 2. The Voices of Black Women & Black Men: Why Sexual Violence by White Men was Rampant during Slavery

Rachel A. Feinstein received her Ph.D. in Sociology from Texas A&M University in 2014. She has since worked as Assistant Professor of Sociology and Criminal Justice at Carthage College in Wisconsin, and is currently teaching in the Sociology Department at California State University, Fullerton. Her research, both contemporary and historical, combines Criminology, Race/Ethnicity and Gender Studies, and can be found in several sociology and criminology journals.

When Rape was Legal: The Untold History of Sexual Violence during Slavery