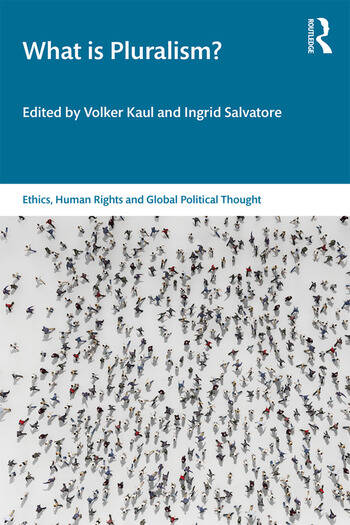 Focusing on these critical questions essential to understanding of modern societies, this book traces the origins of pluralism in contemporary political thought, and presents new, original interpretations of the idea by contemporary philosophers. The essays in the volume bring clarity into an ongoing fractious debate and reveal the underlying roots and fissures in our understanding of a dynamic and contested idea. Drawing on the works of John Rawls, Jürgen Habermas and other major political philosophers, they delve into the different strands of the concept, their possible real-world political outcomes, as well as popular misconceptions.

A key text, this volume will be essential reading for scholars and researchers of politics, political theory and philosophy, and social theory.

PART I: Epistemic Pluralism and Democracy

From Pluralism to Liberalism: The Long Way Around

Social Choice or Collective Decision-making: What Is Politics All About?

Liberalism, Pluralism, and a Third Way

Sideways at the Entrance of the Cave: A Pluralist Footnote to Plato

Pluralism and the Possibility of a Liberal Political Consensus

A Pluralist Model of Democracy

Rawls, Religion, and the Clash of Civilizations

10. The Practice of Liberty