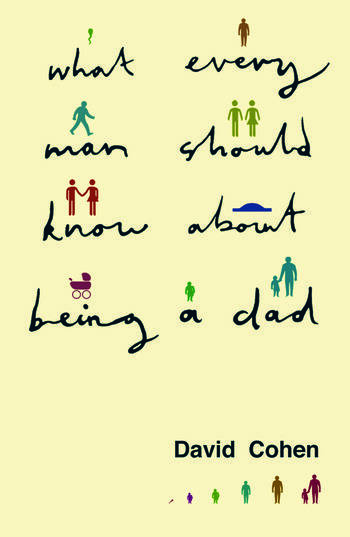 What Every Man Should Know About Being a Dad

When a man becomes a father, it can be a very daunting time. He is suddenly thrust into a new and emotional world. He can feel unprepared (despite the preceding nine months of build-up), useless (despite all the "uses" the mother of his child could offer him), and apprehensive. However, the new father is about to embark upon the most exciting and rewarding experience of his life. But let’s face it, no one teaches men exactly how to become fathers.

So, what does being a dad in the 21st Century mean? Dads today, more than ever, want to play an active role in their children’s lives and development. To do this, fathers need to know how children grow up so that they can learn to cope with, play with, control, and love their kids in an intelligent way.

This book provides a guide for men on how to be a good dad and a supportive partner. Dealing directly with the key issues and the many stresses that fathers can face, it looks at the psychological research on child development, parenting, and fathering in particular. It examines such thorny topics as step-fatherhood, the changing relationship between partners, and sex after babies. It also offers valuable advice on problems all dads will face – how to bond, how to provide sensible discipline, learning to play, and managing teenage tantrums and traumas.

The author, David Cohen, is a psychologist, and a father and step-father. In a quirky and anecdotal style, and drawing on eclectic material, this book tells men everything they need to know about being a dad.

1.Joy 2. You Are Not a Spare Part Whatever Psychologists Say 3. Fathers Have a History 4. The Only True Immortality - For a Man 5. In at The Birth 6. Love At First Cry 7. Tensions for Parents 8. The Newborn Baby is No Fool 9. How the Baby's Mind Develops and the Eternal Puzzle: Nature or Nurture? 10. Sex and Personality 11. The Toddler's Brain 12. Lies, Games and the Imagination, Oh and the Small Matter of Big Dragons: How Children Don't Lie Brilliantly 13. Sex and Young Children 14. The Arts and Smarts of Discipline 15. School 16. Modern Stepfamily Life 17. Can We See Inside the Teenage Mind? 18. Stress and Mental Health 19. The Worst: Depression, Attempted Suicide, Suicide 20. Savvy Kids Don't Come Cheap 21. Who Is the Child?

David Cohen trained as a psychologist and has worked as a writer and film maker. He set up Psychology News as a magazine which has since become a film and TV production company as well as a publisher. He is a father and a step-father.

"What Every Man Should Know about Being a Dad is humane and witty, an outcome of his own experience as a parent, and of his training in psychology. ... On the one hand he knows his psychology inside out – and this book deserves to be on psychology reading lists – but on the other hand he is full of humanity. ... It will do you no harm at all as a man to let your partner spot you reading this warm, witty and humane book. When you’ve read it, pass it on. I think she’ll like it, too." – Padraig O'Morain in The Irish Times

"This book is an insightful and amusing guide for dads. It reports from the male perspective and takes a psychological approach to dealing with parenting issues." - Wanda Lynne Young, http://yummymummyclub.ca

"A great combination of psychological insight, scientific fact, and practical advice all presented in a relaxed and humorous tone. I found all of the chapters very useful, especially those which contain subject matter not normally talked about in parenting books. There are so few good books for dads - I would definitely recommend this one!" - Kevin Brown, father to twins Hamish and Mia (5 years).

"This book has given me the confidence to trust my judgement and enjoy being a Dad. I feel qualified to make important parenting decisions like 'Yes, I will spend quality time watching the Champions League with my daughter.'" - Chad Kennedy, father to Annabel (11 months)

"Having recently become a father, I wanted to know how I was doing and be challenged on my approach to being a dad. This book is full of insightful, personal and thought provoking observations which allowed me to begin an internal discussion about how to be the best dad I could be." - Simon Waldron, father to Ephraim (20 months)

"Cohen offers a deliberately challenging account of fatherhood, drawing effectively on his own experiences as well as theory and research. Sometimes controversial, Cohen is always a passionate and entertaining writer." –  Matt Jarvis, School of Education, Keele University and father of 2

What Every Man Should Know About Being a Dad