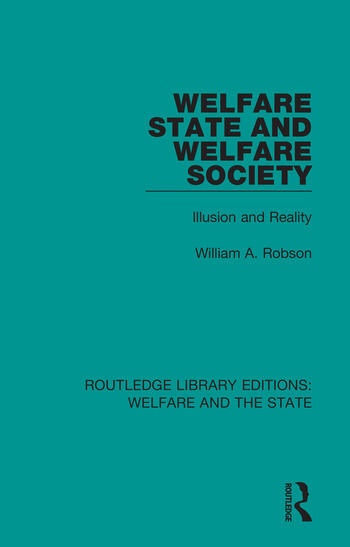 Originally published in 1976, Welfare State and Welfare Society breaks away from the prevailing notion that the welfare state is mainly concerned with the well-being of the entire nation. The book distinguishes the welfare state from the welfare society, and shows that there is often a yawning gulf between public policy and how people feel, think and behave. The book examines critically, the policies which have been adopted or advocated as relevant to a welfare state, and inquires how far the hopes and expectations centred on it have been realised.

1. The Nature of the Welfare State

3. Social Attitudes in the Welfare State

5. Human Values in the Welfare State

6. Growth and the Environment