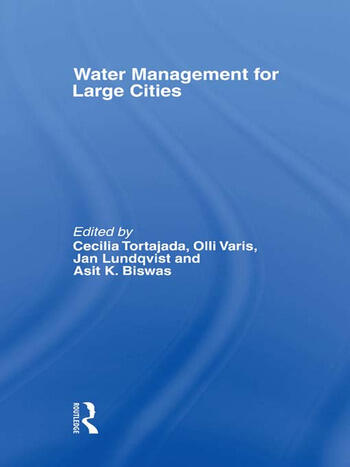 Efficient and equitable water, wastewater and stormwater management for the megacities is becoming an increasingly complex task. The special issue will focus on water management in its totality for megacities, including their technical, social, economic, legal, institutional and environmental dimensions through a series of specially invited case studies from different megacities of the world.

At present, around one out of two of the earth’s 6.3 billion people live in urban areas. Each year, the world population grows by around 80 millions. Practically all of this growth is urban, primarily due to migration. World’s urban population is expected to reach 5 billion by 2030, which is nearly 2/3rd more than in 2000, and would mean that 60% of world’s population will live in urban areas.

The case studies analysed include some of the most interesting and challenging megacities of this planet, Dhaka, Istanbul, Jakarta, Johannesburg, México City, Riyadh and São Paulo. They assess different aspects of how water is intermingled in the overall development milleau. The book considers the magnitudes, nature and extent of the present and future challenges and how these could be meet in socially acceptable and cost-effective ways. The contributors are all acknowledged water experts from different parts of the world.

This book was previously published as a special issue of the International Journal of Water Resources Development.