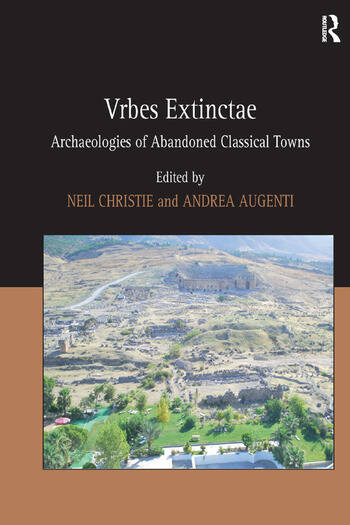 Core tourist sites for the classical world are the ruins of those many and scattered examples of 'lost' and abandoned towns - from Pompeii to Timgad to Ephesus and Petra. Usually studied for their peaks and growth, rarely are their ends explored in detail, to consider the processes of loss and also to trace their 'afterlives', when they were often robbed for materials even if still hosting remnant populations.This volume breaks new ground by examining the phenomenon of urban loss and abandonment from Roman to medieval times across the former Roman Empire. Through a series of case studies two main aspects are examined: firstly, the sequences and chronologies of loss of sites, roles, structures, people, identity; and secondly the methodologies of study of these sites - from early discoveries and exploitation of such sites to current archaeological and scientific approaches (notably excavation, urban survey, georadar and geophysics) to studying these crucial centres and their fates. How can we determine the causes of urban failure - whether economic, military, environmental, political or even religious? How drawn out was the process of urban decay and abandonment? What were the natures of the afterlives of these sites which archaeology is beginning to trace? How far does scrutiny of these 'extinct' sites help in discussion of archaeological trajectories of sites that persisted? The fourteen core chapters in this collection consider specific examples and case studies of such 'lost' classical cities from across the many Roman provinces in order to address these questions. Bringing together an array of archaeological and historical voices to share views on and findings from excavations and surveys of 'failed' towns, this volume offers much to scholars of Roman, late antique and early medieval and medieval archaeology and history.