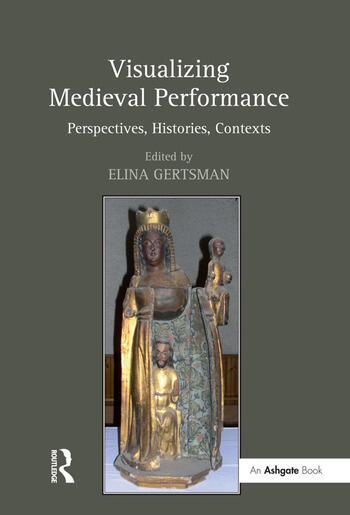 Taking a fresh look at the interconnections between medieval images, texts, theater, and practices of viewing, reading and listening, this explicitly interdisciplinary volume explores various manifestations of performance and meanings of performativity in the Middle Ages. The contributors - from their various perspectives as scholars of art history, religion, history, literary studies, theater studies, music and dance - combine their resources to reassess the complexity of expressions and definitions of medieval performance in a variety of different media. Among the topics considered are interconnections between ritual and theater; dynamics of performative readings of illuminated manuscripts, buildings and sculptures; linguistic performances of identity; performative models of medieval spirituality; social and political spectacles encoded in ceremonies; junctures between spatial configurations of the medieval stage and mnemonic practices used for meditation; performances of late medieval music that raise questions about the issues of historicity, authenticity, and historical correctness in performance; and tensions inherent in the very notion of a medieval dance performance.

Elina Gertsman is Assistant Professor of Art History at Case Western Reserve University, USA. She has written on macabre imagery, and on the relationship between medieval art and drama.

'In this volume, Elina Gertsman brings together a diverse yet coherent set of essays that engage important historical, perceptual, and methodological questions. Modern generic categories are subordinated to interdisciplinary investigation, so that specific manifestations of performance in its more obvious forms (song, ritual, drama, dance) emerge as participants in a much larger culture shaped by visual vocabularies, language, embodiment, and space. Individual contributors both use and critique prevailing scholarship in valuable ways, and the collection as a whole models the responsible application of postmodern critical theory to the understanding of medieval artifacts. This is a significant contribution to an emerging field of enquiry, and could even stand as an introduction to it.' Carol Symes, Department of History, University of Illinois at Urbana-Champaign, author of A Common Stage: Theater and Public Life In Medieval Arras 'Visualizing Medieval Performance reads as an extended conversation on the nature of medieval performance among medievalists from a variety of disciplines. The sixteen essays presented here provide insight into the performative practices that informed the production and reception of medieval texts of all kinds: be they spoken, visual, or enacted. Each contribution moves us further away from the text-based scholarship on which studies of medieval theater primarily have focused to stress the visual nature of medieval texts and the diverse ways they engaged their audiences. As we follow this conversation through a wide range of media, historical examples, and theoretical models, we arrive at an expanded definition of medieval performativity, as well as the conviction that medieval culture was fundamentally and distinctly "performance oriented."' Laura Weigert, Department of Art History, Rutgers University, author of Weaving Sacred Stories: French Choir Tapestries and the Performance of Clerical Identity ’... commendable for its range of