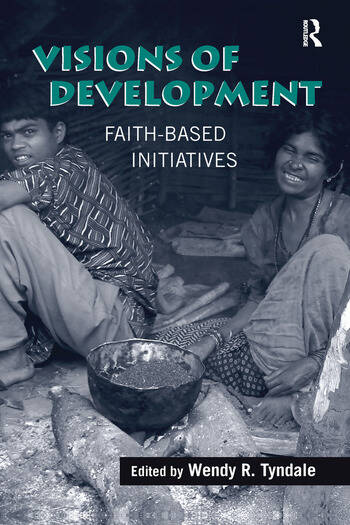 Visions of Development presents first-hand stories of groups and movements from many different religious and spiritual traditions that are working with impoverished communities in Africa, Asia and Latin America. It provides unique insights into how people's beliefs and spirituality can help to inform not only what they perceive 'development' to be but also how they go about achieving it. Through real-life examples of courageous and innovative work, the stories challenge much of the theory and practice of mainstream development agencies while also showing how religious inspiration can be a force for radical and positive change.

Contents: List of illustrations; List of translations; Notes on contributors; Foreword by Arvind Sharma; Preface; Acknowledgements; Transformation through self-knowledge and 'awakening'; Filling state deficiencies at the grassroots; Tribal people take development into their own hands; Working with women; Action for justice and freedom; Some final reflections; References and further reading; Index.

Since the early 1970s, Wendy Tyndale has worked on human rights and development issues, as a practitioner, campaigner and freelance journalist. She has also worked at Christian Aid, and coordinated the World Faiths Development Dialogue. Since 2004 she has worked as a freelance consultant.

'Through concrete examples of how faith-based groups in different religious traditions from different parts of the world are addressing development issues, Wendy Tyndale offers a persuasive critique of the dominant economic paradigm of our age. In the process, she establishes the relevance of religious values and visions to modern society. I regard her book as a major contribution towards understanding the pitfalls in the contemporary approach to development from an enlightened religious perspective.' Chandra Muzaffar, President, International Movement for a Just World (JUST), Kuala Lumpur, Malaysia 'This timely and fascinating book may make a significant contribution to the emerging debate about the relationship between faith-based and secular NGOs, and local faith communities in the understanding and practice of development.' Duncan Forrester, University of Edinburgh, UK. 'Visions of Development is a thought-provoking book which provides both practical and theoretical reflections around the very nature and meaning of development, its scope and the terrains it covers. This is an invaluable and original contribution to the development debate, both in terms of the specific positive attributes which faith-based organisations can bring to development processes, and in the timely raising of often painful and sensitive questions about the effectiveness and indeed quality of mainstream development work, particularly in different cultural contexts. A refreshing, timely and provocative contribution to today's debate.' Morna Macleod, Independent Consultant Practitioner working in Mexico with a number of European NGOs 'We have long been flooded with interpretations of religious texts and theories on how world faiths relate to human development. Now Wendy Tyndale gives us brilliantly what we most lacked - concrete well-researched and well-written case studies on how ordinary faith-led people and their institutions in poor countries relate and contribute to local developm