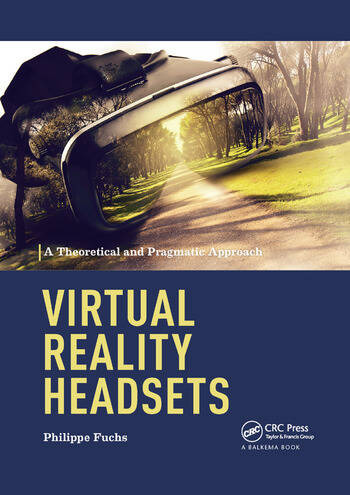 The purpose of virtual reality is to make possible a sensorimotor and cognitive activity for a user in a digitally created artificial world. Recent advances in computer technology have led to a new generation of VR devices such as VR headsets. Accordingly, virtual reality poses many new scientific challenges for researchers and professionals.

The aim of this book, a manual meant for both designers and users of virtual reality, is to present the current state of knowledge on the use of VR headsets in the most complete way possible. The book is divided into 13 chapters. The objective of the first chapter is to give an introduction to VR and clarify its scope. The next chapter presents a theoretical approach to virtual reality through our Immersion and Interaction methodology also known as "3I² model’’. Then, a chapter about human senses is necessary to understand the sensorimotor immersion, especially vision. These chapters are followed by several chapters which present the different visual interfaces and the VR headsets currently available on the market. These devices can impart comfort and health problems due to sensorimotor discrepancies. A chapter is devoted to these problems, followed by a chapter that gives a detailed discussion of methods and 32 solutions to dispel, or at least to decrease, VR sickness. The following three chapters present different VR applications that use VR headsets (behavioural sciences, industrial uses and Digital Art) and the final chapter provides conclusions and discusses future VR challenges.

Part I A theoretical and pragmatic approach for VR headsets

2.1 Definitions of virtual reality
2.2 Fundamental approach for immersion and interaction
2.3 Immersion and presence

4.1 Introduction
4.2 Processes for the visual perception of the 3D space
4.3 Visual interfaces with fixed support
4.4 Stereoscopic restitution of vision

Philippe Fuchs is professor at Mines ParisTech engineering school (Paris), and leader of their "Virtual Reality & Augmented Reality" team. The field of his research is the theoretical approach of VR and industrial applications. The team’s lines of research focus mainly on human "behavioural interfacing" in a virtual (or mixed real/virtual) world, by making judicious use of a person’s natural behaviour on sensory motor and mental levels. Their methodology for designing a VR system has been extended on the technical and psychological levels thanks to collaboration undertaken this year with ergonomists and psychologists. The team’s lines of research focus on visual interfaces, especially VR headsets and stereoscopic vision.

"Prof. Philippe Fuchs is a true world-class expert in VR and its relationship with human perception.

The recent resurgence of virtual reality by the massive investment of Facebook and Google has created an unprecedented interest in virtual reality in the public imagination especially for HMD based VR. The problem is that this new generation of VR enthusiast do not have a deep knowledge of the impact of VR on human perception. These include nausea, disorientation, and the simulator syndrome where hand-eye coordination can be altered by long exposure to poorly designed VR experience resulting in potential accidents which could lead to liabilities. This is why this book is important as it will review what is known about VR and its influence on human perception and then describes in practical terms how to minimize those effects. Most likely this book will become the must read in this field for anyone who is serious about designing HMD hardware or VR software that are truly compatible with human perception."

"... It is [...] essential to present, as clearly as possible, VR concepts, to explain the operating principles of [...] new VR headsets and to study their use for understanding both the opportunities and the risks. Unfortunately, there was a missing link between these articles for the general public and communications in journals or at scientific conferences for experts, whether industrial or academic. It is to fill this gap that Philippe Fuchs has decided to write this book. It fully describes the concepts, modes, uses and ways to avoid discomfort and possible faintness. I am betting that this book will meet with success."

Pascal Guitton, Professor of Computer Science at the University of Bordeaux, Founding Member and Président of the French National Association of Virtual Reality (2009–2011) and Scientific Director of Inria (2010–2014). 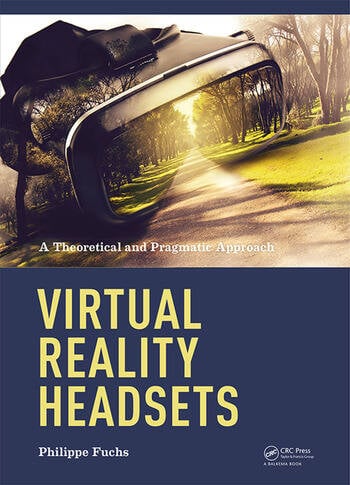