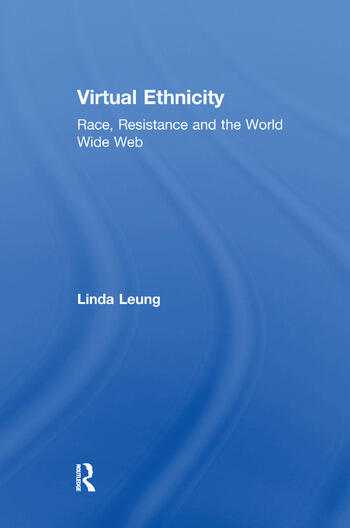 Contents: Introduction; ’Not Everything in Black and White Makes Sense’: differing definitions of difference; ’Its All There in Black and White’: media studies and the theorising of race and ethnicity on the world wide web; Tactics and technologies of resistance: the web as minority medium; The Matrix: the complexities of the empirical research and its interdisciplinary methodologies; A computer in the home or a bug in the house? Ethnic minority women’s consumption of information technology in the domestic sphere; Continuing the tradition: translating the web through previous media; Reconfiguring ethnicity: the web as technology of self-representation; Conclusions; Bibliography; Index.

Linda Leung is Senior Lecturer in the Institute for Interactive Media and Learning, at the University of Technology Sydney, Australia.

’Linda Leung addresses questions too often sidestepped or ignored when it comes to New Media. Her specific and focused study has important implications in terms of a critique of the racialised and ethnocentric character of the [world-wide web]. Never overstated, her work demands a change of minds and practice. That she presents her critique through evidence, discussion, interaction and engagement, and does so with style and grace, and with a never rushed urgency, makes this book an indispensable guide.’ John Hutnyk, Goldsmiths College, University of London, UK ’This book engages media theory across television, film and the internet in relation to race and ethnicity, thus allowing a historically contextual and nuanced understanding of the interplay of virtuality and ethnicity, online and offline. Leung lays out the complexity of absences and presences of racialized bodies' works in relation to the internet. Her work addresses gaps in what has thus far been a mostly US-centric approach to race in cyberspace.’ Radhika Gajjala, Bowling Green State University, USA