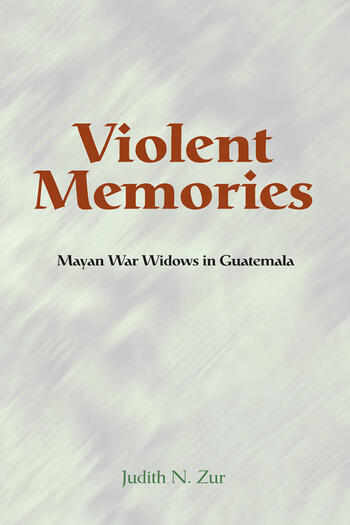 This local study of the impact of political violence on a Maya Indian village is based on intensive fieldwork in the department of El Quich Guatemala, during 1988?1990. It examines the processes of fragmentation and realignment in a community undergoing rapid and violent change and relates local, social, cultural, and psychological phenomena to the impact of the war on widows' lives.Zur combines a narrative, life-history approach with anthropological analysis, emphasizing the way people talk about and explain the violence. She describes the survival strategies of widows and their attempts to reconstruct their lives, both on a physical level and in terms of meaning, and finds that ?remembering? is not simply the automatic engagement of the past within the present, but a process that allows widows to discover new possibilities for action and for reshaping their own positions in society.

Judith N. Zur is an independent scholar living in London.