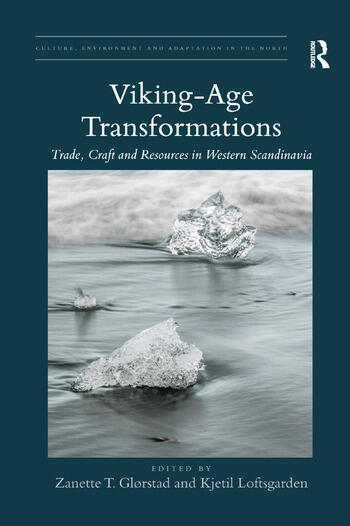 The Viking Age was a period of profound change in Scandinavia. As kingdoms were established, Christianity became the encompassing ideological and cosmological framework and towns were formed. This book examines a central backdrop to these changes: the economic transformation of West Scandinavia. With a focus on the development of intensive and organized use of woodlands and alpine regions and domestic raw materials, together with the increasing standardization of products intended for long-distance trade, the volume sheds light on the emergence of a strong interconnectedness between remote rural areas and central markets.

explores the connection between legal and economic practice, as the rural economy and monetary system developed in conjunction with nascent state power and the legal system. Thematically, the book is organized into sections addressing the nature and extent of trade in both marginal and centralized areas; production and the social, legal and economic aspects of exploiting natural resources and distributing products; and the various markets and sites of trade and consumption.

A theoretically informed and empirically grounded collection that reveals the manner in which relationships of production and consumption transformed Scandinavian society with their influence on the legal and fiscal division of the landscape, this volume will appeal to scholars of archaeology, the history of trade and Viking studies.

Part I – Trade and traders

5. The price of justice and administration of coinage

6. The extensive iron production in Norway in the tenth to thirteenth century: a regional perspective

8. Soapstone vessels and quernstones as commodities in the Viking Age and the Middle Ages

9. The Uplands: the deepest of forest and the highest of mountains – resource exploitation and landscape management in the Viking Age and early Middle Ages in southern Norway

10. A view from the valley: Langeid in Setesdal, South Norway – a Viking-Age trade station along a mercantile highway

12. The skeid and other assemblies in the Norwegian ‘Mountain Land’

13. The urban hinterland: interaction and law-areas in Viking and medieval Norway

Zanette T. Glørstad is Associate Professor in the Department of Archaeology, Museum of Cultural History, University of Oslo, Norway.

Kjetil Loftsgarden is a research fellow in the Department of Archaeology, History, Cultural Studies and Religion, University of Bergen, Norway.