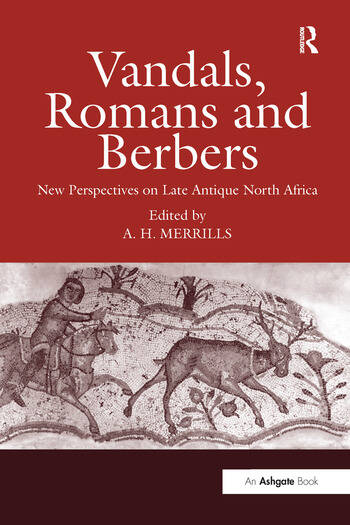 The birth, growth and decline of the Vandal and Berber Kingdoms in North Africa have often been forgotten in studies of the late Roman and post-Roman West. Although recent archaeological activity has alleviated this situation, the vast and disparate body of written evidence from the region remains comparatively neglected. The present volume attempts to redress this imbalance through an examination of the changing cultural landscape of 5th- and 6th-century North Africa. Many questions that have been central within other areas of Late Antique studies are here asked of the North African evidence for the first time. Vandals, Romans and Berbers considers issues of ethnicity, identity and state formation within the Vandal kingdoms and the Berber polities, through new analysis of the textual, epigraphic and archaeological record. It reassesses the varied body of written material that has survived from Africa, and questions its authorship, audience and function, as well as its historical value to the modern scholar. The final section is concerned with the religious changes of the period, and challenges many of the comfortable certainties that have arisen in the consideration of North African Christianity, including the tensions between 'Donatist', Catholic and Arian, and the supposed disappearance of the faith after the Arab conquest. Throughout, attempts are made to assess the relation of Vandal and Berber states to the wider world and the importance of the African evidence to the broader understanding of the post-Roman world.

'... this detailed scholarly collection is a most thorough study of North Africa in late antiquity; it will undoubtedly remain the definitive study on the topic for decades... Highly recommended.' Choice 'Vandals, Romans and Berbers is an extremely important collection of studies on a rather neglected range of topics, and will shortly become indispensable reading for anyone interested in the history of late antique and early medieval North Africa.' Scripta Classica Israelica 'It cannot be but a healthy field when scholars read with such sensitivity and interpret their sources with this much respect.' Early Medieval Europe 'The chapters contained within Vandals, Romans and Berbers do exactly that; they challenge the many pre-conceptions that students and scholars of late antique Africa may have, and encourage them to pursue their interests, whether they are ecclesiastical, literary, or social.' Bulletin of International Medieval Research