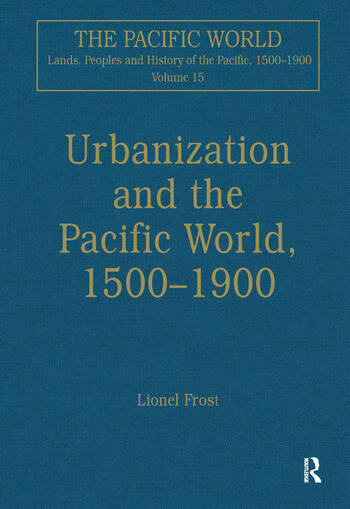 Between 1500 and 1900 there was a constant growth in the numbers of large cities and networks of smaller towns throughout the Pacific world in which traders and primary producers did business. The essays in Urbanization and the Pacific World explore the increasingly complex economic relationships that connected cities in and around the Pacific world to each other, and pay particular attention to the impact that growing cities had on the economies of their hinterlands. The volume also contains articles that examine the problems that city growth created and the ways in which people were able to cope with them. Along with the new introduction, the essays cover all of the regions of the Pacific world in which city growth took place, and will allow the reader to consider a wide range of common and contrasting urban experiences.

Lionel Frost is Associate Professor in the Faculty of Economics and Business at Monash University, Australia.