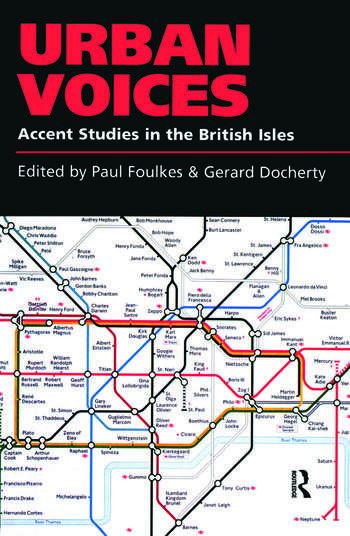 Accents and dialects are constantly undergoing small variations over time, but evidence shows that change may have become increasingly rapid in the past few decades. 'Urban Voices' presents one of the few recent surveys of this phonological variation and change in urban accents across Great Britain and Ireland.

Each of the specially commissioned chapters is divided into two parts. The first provides a detailed description of accent features within one or more urban centres, including information on social and stylistic variation and ongoing change. The second discusses a range of current theoretical and methodological issues. Some chapters present wholly new data based on fieldwork carried out specifically for inclusion in 'Urban Voices', while others summarise data from well-known research, up-dated and reanalysed in accordance with new findings.

Containing copious illustrative and pedagogic material, this textbook presents a clear pathway to state-of-the-art research for students of sociolinguistics, dialectology, phonetics, and phonology at advanced undergraduate and graduate level. In addition, the detailed descriptive data and the accompanying cassette constitute a valuable resource for students and teachers of English, clinicians and speech therapists, forensic phoneticians, researchers in speech recognition and speech synthesis, and actors.