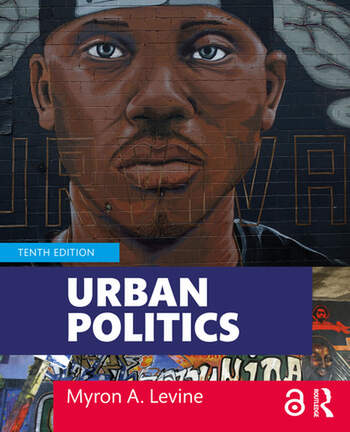 Urban Politics: Cities and Suburbs in a Global Age

Urban Politics blends the most insightful classic and current political science and related literature with current issues in urban affairs. The book’s integrative theme is ‘power,’ demonstrating that the study of urban politics requires an analysist to look beyond the formal institutions and procedures of local government. The book also develops important subthemes: the impact of globalization; the dominance of economic development over competing local policy concerns; the continuing importance of race in the urban arena; local government activism versus the ‘limits’ imposed on local action by the American constitutional system and economic competition; and the impact of national and state government action on cities. Urban Politics engages students with pragmatic case studies and boxed material that use classic and current urban films and TV shows to illustrate particular aspects of urban politics. The book’s substantial concluding discussion of local policies for environmental sustainability and green cities also appeals to today’s students. Each chapter has been thoroughly rewritten to clearly relate the content to current events and academic literature, including the following:

Mixing classic theory and research on urban politics with the most recent developments and data in urban and metropolitan affairs, Urban Politics, 10e is an ideal introductory textbook for students of metropolitan and regional politics and policy. The book’s material on citizen participation, urban bureaucracy, policy analysis, and intergovernmental relations also makes the volume an appropriate choice for Urban Administration courses.

2. The Evolution of Cities and Suburbs

4. Who Has the Power? Decision Making and Economic Development in Cities and Suburbs

6. The Rules of Local Elections and Politics: The Reform and Postreform City

11. The Intergovernmental City: National and State Urban Policy in (and after) the Age of Trump

12. The Future of Urban America

is a Professor in the Urban Affairs and Public Administration programs in the School of Public and International Affairs at Wright State University in Dayton, Ohio. His writings have appeared in the Journal of Urban Affairs, Urban Affairs Review, and various other urban studies and political science journals. In addition to authoring Urban Politics, he is the editor of Taking Sides: Urban Affairs and of a number of the volumes in the Annual Editions: Urban Society series. His research focuses on national urban policy, the politics of local economic development and gentrification, and the prospects for effective urban political leadership. He has received various Fulbright Foundation fellowships to study and teach in the Netherlands, Germany, the Slovak Republic, and Latvia, as well as an NEH award to study in France.

Urban Politics: Cities and Suburbs in a Global Age