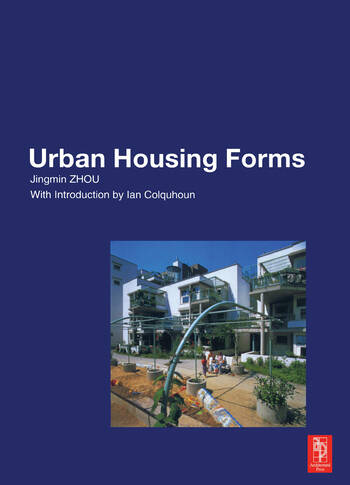 Over three-quarters of the world's population live in cities where the need for affordable urban housing of good design is vital to the quality of urban living. Zhou and Colquhoun look at a wide variety of solutions to this urban design problem showing that understanding of the important design principles is a basic requirement of sustainable housing in the future.The authors discuss the whole range of different housing types, from an international perspective, approaching both 'concave' housing, such courtyard design, and 'convex' housing including tower blocks.They discuss the famous argument at the beginning of the 20th century between P. Berlage and Le Corbusier that focused on open environment and closed environment. Zhou classifies living environment into two types, "concave" and "convex". In concave housing layouts, dwellings are grouped around closed, secure environments such as courtyards. This form of layout is most successful with inward looking living space. Convex forms of housing look out to an open environment, as do tower blocks.