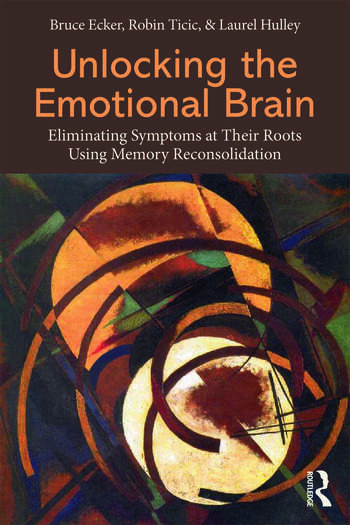 Psychotherapy that regularly yields liberating, lasting change was, in the last century, a futuristic vision, but it has now become reality, thanks to a convergence of remarkable advances in clinical knowledge and brain science. In Unlocking the Emotional Brain, authors Ecker, Ticic and Hulley equip readers to carry out focused, empathic therapy using the process found by researchers to induce memory reconsolidation, the recently discovered and only known process for actually unlocking emotional memory at the synaptic level. Emotional memory's tenacity is the familiar bane of therapists, and researchers have long believed that emotional memory forms indelible learning. Reconsolidation has overturned these views. It allows new learning to erase, not just suppress, the deep, unconscious, intensely problematic emotional learnings that form during childhood or in later tribulations and generate most of the symptoms that bring people to therapy. Readers will learn methods that precisely eliminate unwanted, ingrained emotional responses—whether moods, behaviors or thought patterns—causing no loss of ordinary narrative memory, while restoring clients' well-being. Numerous case examples show the versatile use of this process in AEDP, Coherence Therapy, EFT, EMDR and IPNB.

Bruce Ecker and Laurel Hulley are the originators of Coherence Therapy and coauthors of Depth Oriented Brief Therapy: How To Be Brief When You Were Trained To Be Deep – and Vice Versa, the Coherence Therapy Practice Manual and Training Guide, and the Manual of Juxtaposition Experiences: How to Create Transformational Change Using Disconfirming Knowledge in Coherence Therapy. Ecker is codirector of the Coherence Psychology Institute, has taught for many years in graduate programs, and has been in private practice near San Francisco since 1986. Hulley is director of education and paradigm development of the Coherence Psychology Institute and co-founder of the Julia Morgan Middle School for Girls in Oakland, California.

Robin Ticic is director of training and development of the Coherence Psychology Institute and is in private practice near Cologne, Germany, specializing in trauma therapy and clinical supervision of trauma therapists. She has served as a psychologist for the Psychotraumatology Institute of the University of Cologne for many years, provides a low-fee counseling service for parents, and is author of the parenting guide How to Connect With Your Child, published in English and German.