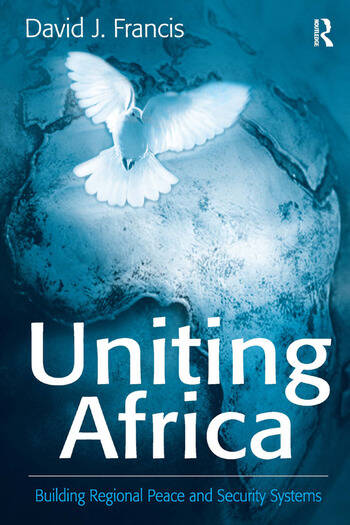 Plagued by bloody wars and armed conflicts, political instability, communal violence and displaced persons, and at the mercy of natural catastrophes such as drought and famine, it is not surprising that the Western press has long dismissed Africa as the 'hopeless continent'. In the face of these challenges, Africa today is faced with a stark choice: either unite or perish. The debate on why and how the continent should unite in terms of co-operative peace, security and development is more urgent than at any other time in Africa's post-colonial history. Moving forward from the failure of the earlier, typically idealistic Africa unity project, David Francis demonstrates how peace and security challenges have created the imperative for change. He argues that a series of regional peace and security systems are emerging, and that states that have participated in practical experiments in regional peacekeeping, peace support operations, conflict stabilization/management and preventive diplomacy are building de facto systems of peace and security that could be institutionalized and extended.

David J. Francis is Senior Lecturer and Director of the Africa Centre for Peace and Conflict Studies, Department of Peace Studies, University of Bradford, UK.

'Uniting Africa presents a comprehensive, continental overview of comparative regional conflicts and responses by one of Africa's leading analysts and advocates; it constitutes a timely antidote or addendum to both NEPAD and the 2005 Commission for Africa report on "Our Common Interest": regrettably, regional security remains elusive throughout the continent despite many good intentions/declarations.' Timothy M. Shaw, University of London, UK ’...Francis knows his subject well. This volume illustrates the complexity of Africa's conflicts and holds out hope for significant regional steps toward resolution... The book usefully brings together a wide range of evidence... Recommended.’ Choice '...David Francis contributes an incisive study of how the sub-regional organizations have assumed security responsibilities since the 1990s.' African Affairs '...nuanced and pragmatic...Francis has written an important and provocative book.' Political Science Quarterly 'Regional integration is a consistent theme throughout Francis' work. The book is therefore intended for academics with an interest in the emergence of collective systems of security on a regional basis. Yet Uniting Africa is just as accessible to students as to their tutors since it also discusses and illuminates the security dynamic in contemporary Africa. Francis' book also offers a clear explanation of the historical evolution of institutional security systems in Africa.' Etudes internationales