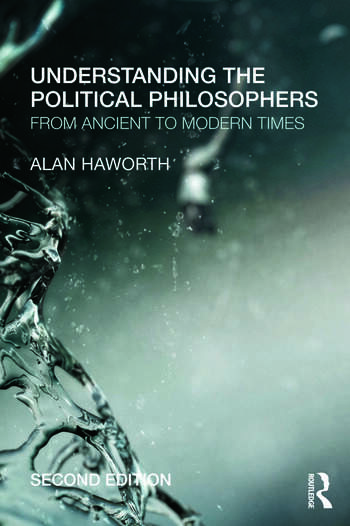 Understanding the Political Philosophers: From Ancient to Modern Times

Understanding the Political Philosophers is an absorbing and accessible introduction to the major philosophers and core texts of western political philosophy.

Organised historically - beginning with Socrates and Plato, and concluding with post-Rawlsian theory - Alan Haworth presents the key ideas and developments with clarity and depth. Each chapter provides a concentrated study of a given thinker or group of thinkers and together they constitute a broad account of the main arguments in political philosophy.

There are chapters on Socrates, Plato, Aristotle, Hobbes, Locke, Rousseau, the Utilitarians, Marx, and Rawls’s early work. This revised second edition has been brought fully up-to-date, and includes expanded coverage of the period from the death of Aristotle to the sixteenth century, as well as a new chapter on Rawls’s later philosophy and the direction of post-Rawlsian philosophy.

Including a chronology and suggestions for further reading, Understanding the Political Philosophers is an ideal introductory text for students taking courses in political philosophy or political theory.

Alan Haworth is a Senior Research Associate of the Oxford Uehiro Centre for Practical Ethics, and a Senior Fellow of London Metropolitan University’s Institute of Human Rights and Social Justice. He is the author of Anti-Libertarianism: Markets Philosophy and Myth (1994) and Free Speech (1998).

'The author has an engaging style and succeeds in communicating his enthusiasm for the subject matter. Arguments are clearly presented and the discussion of them is well controlled.' - Andrew Mason, University of Southampton, UK

'Understanding the Political Philosophers represents an engaging and yet challenging introduction to political philosophy....The author writes in a clear, unpretentious and interesting way about even quite difficult concepts and arguments. As a result, this work offers the teacher of political philosophy an effective text for courses combining discussion of classic and contemporary political ideas.' - David West, Australian National University

'I know of no better text for introducing newcomers to the history of political philosophy.' - Craig Duncan, Ithaca University, USA

‘It is my view that this book will be of interest to a very wide audience. Understanding the Political Philosophers would also make a fine companion to an introductory course in political philosophy.’ - Essays in Philosophy

'When evaluating a book as a potential teaching resource, it is unusual to become so absorbed in the text as to find oneself reading it for pure intellectual pleasure. This is what happened when I read Alan Haworth's engaging book. ... I would certainly recommend this as a first political philosophy book to any student - and, indeed, as a refreshingly unpretentious read for a wider audience.' - Times Higher Educational Supplement

Understanding the Political Philosophers: From Ancient to Modern Times