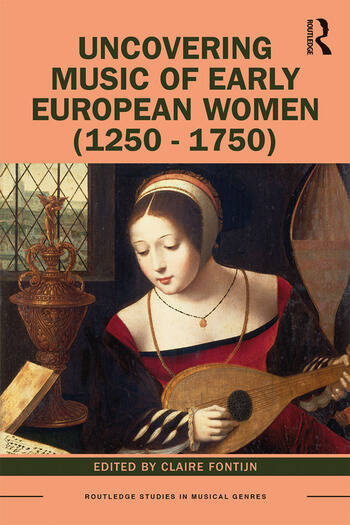 Uncovering Music of Early European Women (1250 – 1750) brings together nine essays that investigate aspects of female music-making and musical experience in the medieval and early modern periods. Part I, "Notes from the Underground," treats the spirituality of women in solitude and in community. Parts II and III, "Interlude" and "Music for Royal Rivals," respond to Joan Kelly’s famous feminist question and suggest that women of a certain stature did have a Renaissance. Part IV, "Serenissime Sirene," plays with the notion of the allure of music and its risks in Venice during the Baroque.

An invaluable book for college students and scholars interested in the social and cultural meanings of women in early music.

Notes from the Underground

Chapter 1. Secret Song and Music in the Visions of Hadewijch of Antwerp

Chapter 2. The Margin is the Message: The Changeable Mise-en-page as signal of Musicking in Nuns’ Liturgical Books in Late Medieval Freiburg im Breisgau

Chapter 5. Aesthetics of Performance in the Renaissance: Lessons from Noblewomen

Chapter 8. Representations of Weeping in the Laments of Barbara Strozzi

Chapter 9. A Delicate Cage: The Life and Times of Andriana della Tiorba