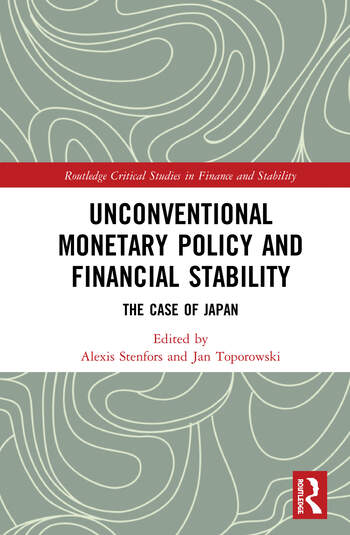 Unconventional Monetary Policy and Financial Stability: The Case of Japan

Since the financial crisis of 2008-09, central bankers around the world have been forced to abandon conventional monetary policy tools in favour of unconventional policies such as quantitative easing, forward guidance, lowering the interest rate paid on bank reserves into negative territory, and pushing up prices of government bonds. Having faced a crisis in its banking sector nearly a decade earlier, Japan was a pioneer in the use of many of these tools.

critically assesses the measures used by Japan and examines what they have meant for the theory and practice of economic policy. The book shows how in practice unconventional monetary policy has worked through its impact on the financial markets. The text aims to generate an understanding of why such measures were introduced and how the Japanese system has subsequently changed regarding aspects such as governance and corporate balance sheets. It provides a comprehensive study of developments in Japanese money markets with the intent to understand the impact of policy on the debt structures that appear to have caused Japan’s deflation. The topics covered range from central bank communication and policymaking to international financial markets and bank balance sheets.

This text is of great interest to students and scholars of banking, international finance, financial markets, political economy, and the Japanese economy.

9) Quantitative and Qualitative Monetary Easing, negative interest rates and the stability of the financial system in Japan
ETSUKO KATSU

Alexis Stenfors is Senior Lecturer in Economics and Finance at the University of Portsmouth, UK.

is Professor of Economics and Finance at SOAS University of London, UK.

Unconventional Monetary Policy and Financial Stability: The Case of Japan