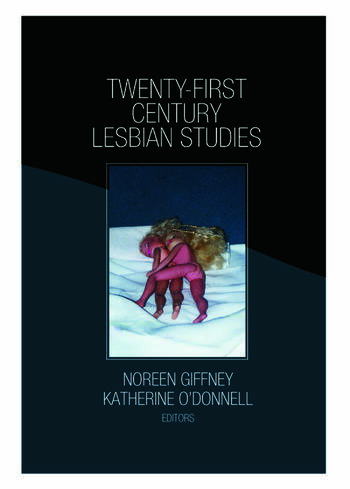 An enlightening, entertaining look at what the term “lesbian” really means—and what it means to be a lesbian

Twenty-First Century Lesbian Studies focuses on the field’s institutionalization into the humanities and social sciences, examining how the term “lesbian” is used in activist, community, and cultural contexts, and how its use impacts the lives of women who have chosen it as an identity. The book’s contributors include many of the world’s foremost experts in lesbian studies, as well as scholars whose primary research is in bisexuality, transsexuality and transgender, intersex, and queer theory. The innovative essays touch on five individual themes—“Genealogies,” “Readings,” “Theories,” “Identities,” and “Locations”—as they explore the past, present, and future of lesbian studies.

Twenty-First Century Lesbian Studies places the term “lesbian” at the center of analysis, whether as a concept, a category, an identity, a political position, or an object choice. The book’s cutting-edge essays examine the various meanings of “lesbian;” the risks taken by women who live and/or act, write, and speak as lesbians; current genealogical myths; and the lives, studies, and activism of lesbians who represent a range of geographical and historical contexts. The book presents research produced outside the United States/United Kingdom, two places which tend to dominate the field, and essays that focus on areas, such as medieval studies, that are often ignored in theoretical discussions.