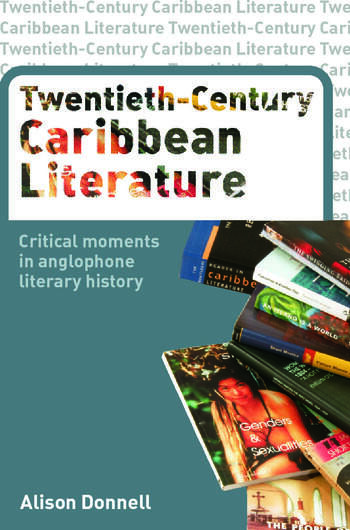 This bold study traces the processes by which a ‘history’ and canon of Caribbean literature and criticism have been constructed. It offers a supplement to that history by presenting new writers, texts and critical moments that help to reconfigure the Caribbean tradition.

Focusing on Anglophone or Anglocreole writings from across the twentieth century, Alison Donnell asks what it is that we read when we approach ‘Caribbean Literature’, how it is that we read it and what critical, ideological and historical pressures may have influenced our choices and approaches. In particular, the book:

* rethinks the dominant paradigms of Caribbean literary criticism, which have brought issues of anti-colonialism and nationalism, migration and diaspora, ‘double-colonised’ women, and the marginalization of sexuality and homosexuality to the foreground

Identifying alternative critical approaches and critical moments, Twentieth-Century Caribbean Literature allows us to re-examine the way in which we read not only Caribbean writings, but also the literary history and criticism that surround them.

Alison Donnell is a Reader in English and Postcolonial Literatures at Nottingham Trent University. She is co-editor of The Routledge Reader in Caribbean Literature (1996) and has published widely in the field of Caribbean and postcolonial writings. She is also Joint Editor of Interventions: International Journal of Postcolonial Studies.

'This book will extend the archive of Caribbean texts in challenging and exciting ways, and is likely to initiate more generous and promiscuous readings of Caribbean writings, as well as making a valuable contribution to debates about the local and the global which are so central to postcolonial studies.' - Denise deCaires Narain, University of Sussex

'it amounts to nothing less than a radical challenge to the canon of Caribbean literature and its repressions. It is the only comprehensive sketch of all the major blindspots of Caribbean literary history and criticism, identifying and correcting not only the exclusions of nationalist canons, but also of post-nationalist and feminist ones. Donnell thus puts into critical circulation a rich, unruly, and diverse body of literature.'