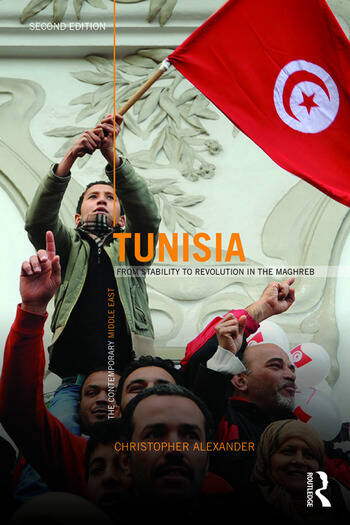 Tunisia: From stability to revolution in the Maghreb

The first edition of Tunisia was released just nine months before the eruption of the Arab Spring. The most substantial period of political unrest felt by the Arab world in a half century originated in Tunisia, a fact that confounded expectations about Tunisian politics. This new edition builds upon the first edition’s overview of Tunisia’s political and economic development to examine how one of the region’s hardiest authoritarian orders was toppled by a loosely organised protest wave.

Providing the most up-to-date introduction to Tunisia’s post-independence and post-Arab Spring politics, concisely written chapters cover topics such as:

Key to this new edition is the examination of Tunisian history, politics and society alongside the subsequent upheaval following the outbreak of revolts in December 2010. It looks at how political and economic changes after 2001, including economic deterioration and rising inequality and corruption, had already begun to erode bases of Ben Ali’s government, and explores why Tunisia is the sole Arab Spring country to construct a democracy thus far, and the challenges that this new democracy still faces.

An essential inclusion on courses on Middle Eastern politics, African politics, and political science in general, this accessible introduction to Tunisia will also be of interest to anyone wishing to learn more about this significant region.

Chapter 1 – State-building and independence in Tunisia

Chapter 4 – The road to the Second Republic

Chapter 6 – Tunisia and the world

Tunisia: From stability to revolution in the Maghreb