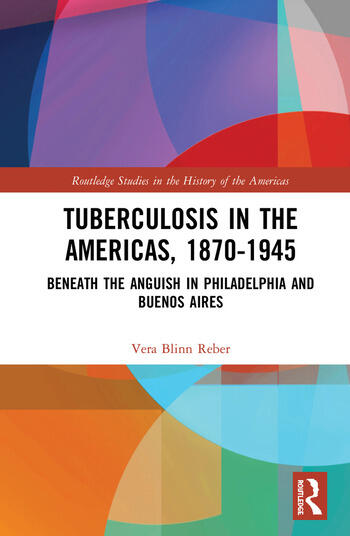 Tuberculosis in the Americas, 1870-1945: Beneath the Anguish in Philadelphia and Buenos Aires

This book focuses on the era during which the cause of tuberculosis had been identified, and public health officials were seeking to prevent it, but scientists had not yet found a cure. By examining tuberculosis comparatively in two Atlantic port cities, Buenos Aires and Philadelphia, it explores the medical, political and economic settings in which patients, physicians and urban officials lived and worked. Reber discusses the causes of tuberculosis, treatments and public health efforts to stop contagion, and how factors such as gender, age, class, nationality, beliefs and previous experiences shaped patient responses, and often defined the type of treatment.

Introduction: Beneath the Anguish: Tuberculosis, 1870-1945

2. Two Cities and Their Medical Establishments: Buenos Aires and Philadelphia, 1870-1945

5. The Sanatorium Age: Argentina and Pennsylvania

6. Poor and Ill: Children of Buenos Aires and Philadelphia

7. Tuberculosis in Global and Comparative Perspective

Vera Blinn Reber earned a PhD from the University of Wisconsin with specialization on Latin American and Comparative History. She taught World and Latin American History at Shippensburg University for 37 years. Her primary research interests are Argentine and Paraguayan nineteenth century economic history and urban medical history.

Tuberculosis in the Americas, 1870-1945: Beneath the Anguish in Philadelphia and Buenos Aires