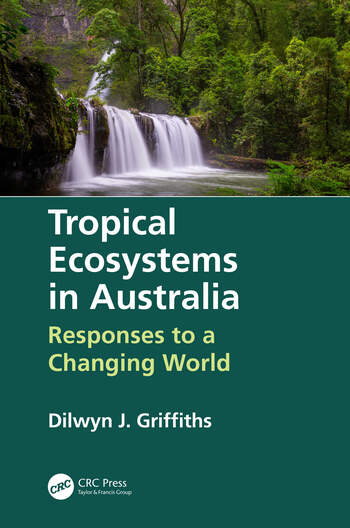 Tropical Ecosystems in Australia: Responses to a Changing World

Over the last century, the world has lived through changes more rapid than those experienced at any other time in human history, leading to pressing environmental problems and demands on the world’s finite resources. Nowhere is this more evident than across the world’s warm belt; a region likely to have the greatest problems and which is home to some of the world’s most disadvantaged people. This book reviews aspects of the biology of tropical ecosystems of northern Australia, as they have been affected by climatic, social and land-use changes. Tropical Australia can be regarded as a microcosm of the world’s tropics and as such, shares with other tropical regions many of the conflicts between various forms of development and environmental considerations.

The book draws on a wide range of case studies of tropical Australian ecosystems ranging from coastal coral reefs and mangroves, known to be among the most vulnerable to the effects of the imposed changes, to cropping and pasture lands which, under careful management, have the potential remain as productive and sustainable agricultural or forestry ecosystems. Expert author Dilwyn Griffiths

- explores problems relating to the restoration of marginally uneconomic farming land as alternative forms of land-use such as carbon farming through photosynthetically-driven carbon sequestration.

This accessible reference work should find a place in educational libraries at all levels and become an essential resource for environmentalists and anyone with interests in various forms of land-use and development.

Dilwyn Griffiths, born in 1932, was brought up in a rural farming community in west Wales. A graduate of the University of Wales, his post-graduate (Ph.D) training specialised in studies of the growth and metabolism of microalgae. After a short period as a High-school teacher in Cardiff, he was appointed Assistant Lecturer (later Lecturer) in Plant Physiology at the University College of North Wales, Bangor. In 1967 he was appointed Senior Lecturer at the newly-established La Trobe University, Melbourne, Australia and in 1974 was appointed to the Chair of Botany at James Cook University, Townsville, Australia. On retirement in 1997, he was appointed Professor Emeritus at the same University, but now lives in Brisbane. He is the author or co-author (with colleagues or as supervisor of post-graduate research programs) of publications dealing with various aspects of the biology of marine and freshwater microalgae and with studies of the freshwater resources of the tropical north of Australia. Since his retirement, he has continued to write reviews and has taken an active interest in current developments in his area of biological research. He is the author of three recently published books:- Microalgal Cell Cycles (2010), Microalgae and Man (2013), Freshwater Resources of the Tropical North of Australia: A Hydrobiological Perspective (2016). He is a Fellow of the Royal Society of Biology, UK and a long-term member and supporter of the Royal Society of Queensland. Dilwyn and his wife Elen, who is also a graduate of the University of Wales, have two daughters and a son and eight grandchildren – all living in Australia.

Tropical Ecosystems in Australia: Responses to a Changing World