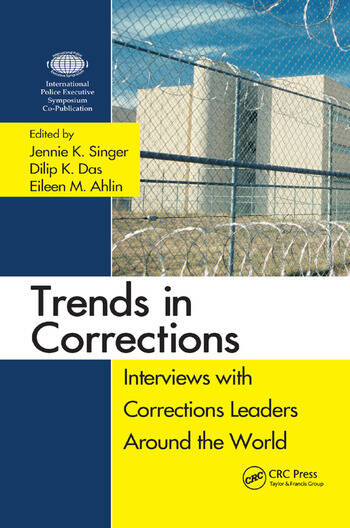 Trends in Corrections: Interviews with Corrections Leaders Around the World, Volume One

Offering rare insiders’ perspectives, Trends in Corrections: Interviews with Corrections Leaders Around the World is a comprehensive survey of correctional programming and management styles used across nations. Twelve chapters present transcribed interviews of corrections leaders along with a brief portrait of the corrections system in those jurisdictions. The leaders interviewed represent a variety of cultures, political environments, and economic systems and come from North America (Canada, Mexico, and the United States), Asia (Singapore), Australia, the Caribbean (Trinidad and Tobago), and Europe (England, Hungary, and Bosnia–Herzegovina).

Topics discussed in this insightful collection of interviews include:

The final chapter reflects on the interviews and summarizes the common themes evident throughout the book. Advancing knowledge about corrections systems worldwide, this volume bridges the gap of knowledge that exists between scholars and researchers in academia and practitioners in the field. The candid discussions presented herein are destined to open further dialogue among these professionals, adding value to current operations and informing future directions.

Jennie K. Singer, PhD, is a faculty member in the Division of Criminal Justice at California State University in Sacramento. She teaches courses in corrections, criminal theory, and research methods. She has worked in several clinical settings with children, adolescents, and adults in both outpatient and inpatient settings. In addition, she has held several psychologist positions with the Federal Bureau of Prisons and the California Department of Corrections and Rehabilitation. Dr. Singer worked as a key researcher with the California Sex Offender Management Board and published several government reports on sex offender management, as well as articles on corrections, intelligence assessment, and sex offender policy. She is currently a researcher and an advisor to a new cognitive behavioral life skills diversion program, Ascend—implemented in California as part of AB 109, a plan to divert some state prisoners to local jails.

, has years of experience in police practice, research, writing, and education. Dr. Das is a professor of criminal justice, a former police chief, and a human rights consultant to the United Nations. He is the founding president of the International Police Executive Symposium (IPES), where he manages the affairs of the organization in cooperation with an appointed group of police practitioners, academia members, and individuals from around the world. Dr. Das is also the founding editor of Police Practice and Research: An International Journal. He is the author, editor, or coeditor of more than 30 books and numerous articles and has received several faculty excellence awards.

, is a Senior Study Director with Westat. With more than 15 years of research experience, she has directed multisite and statewide evaluations, including randomized intervention trials. Dr. Ahlin’s research has focused on evaluations of community corrections, including kiosk supervision of probationers, adult treatment drug courts, family treatment courts, the effectiveness of countermeasures to driving while intoxicated, and criminological theory. Her recent publications have appeared in the American Journal of Public Health, the Journal of Criminal Justice, the Journal of Experimental Criminology, Traffic Injury Prevention, and Accident Analysis and Prevention. She has conducted interviews with incarcerated homicide and drug offenders for the Pittsburgh Youth Study and served as a mentor to inmates preparing for release. Dr. Ahlin also teaches courses in criminological theory and corrections.

" … a resource of immense value to academic analysts of policing philosophies, leadership, contemporary change and likely futures, as well as to policy-makers and practitioners who wish to have a sense of where the leaders in their field have come from and are going."
—Robert Reiner, London School of Economics, Professor Emeritus 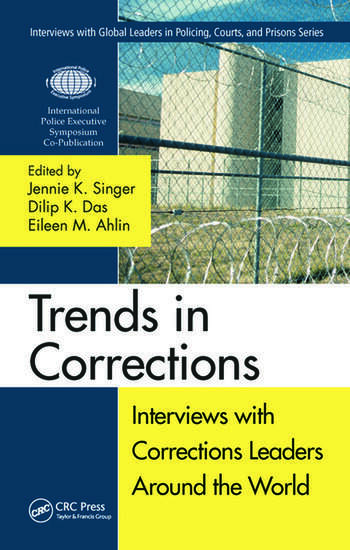 Trends in Corrections: Interviews with Corrections Leaders Around the World, Volume One