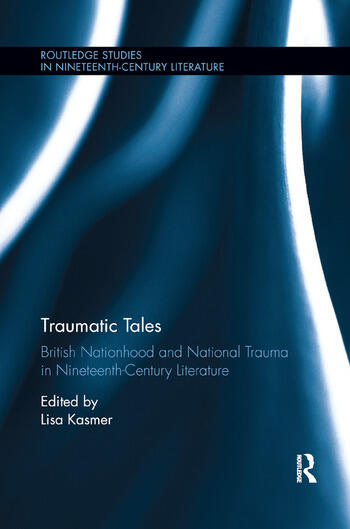 Traumatic Tales: British Nationhood and National Trauma in Nineteenth-Century Literature explores intersections of nationalism and trauma in Romantic and Victorian literature from the emergence of British nationalism through the height of the British Empire. From the national tales of the early nineteenth century to the socially incisive realist novels that emerged later in the century, nationalism is inescapable in this literature, as much current scholarship acknowledges. Nineteenth-century national trauma, however, has only recently begun to be explored.


Taking as its starting point the unsettling effects of nationalism, the essays in this collection expose the violence underlying empire-building, particularly in regard to subject identity. National violence—imperialism, colonialism and warfare—necessarily grounds nation-formation in deep-lying trauma. As the essays demonstrate, such fraught nexus are made visible in national tales as well as in political policy, exposed by means of theoretical and historical analyses to reveal psychological, political, social and individual trauma. This exploration of violence in the construction of national ideology in nineteenth-century Britain rethinks our understanding of cultural memory, national identity, imperialism, and colonialism, recent thrusts of Romantic and Victorian study in nineteenth-century literature.

4.The Trauma of National Performance in Florence Macarthy

5. Gothic Internationalism: Irish Nationalist Critiques of Empire as a System of Violence and Trauma

6. Trauma and the Torturer: Of Monsters and Military Men at Morant Bay

7. Men Who Would Not Be Kings: Sacrilizing Colonialist Trauma in Kipling’s Man Who Would Be King

8. Imagining the End of Empire: The ‘Sins of the Nation’ and Barbauld’s Eighteen Hundred Eleven

Lisa Kasmer is an Associate Professor of English at Clark University, Worcester, USA. She specializes in gender studies and women's writing in late eighteenth- and early nineteenth-century British literature and culture.